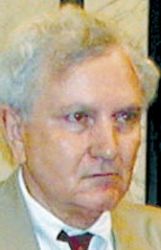 A Columbus entrepreneur and multi-millionaire whose wide-ranging business interests have crossed continents and involved numerous Lowndes County residents through the years is in the midst of a federal bankruptcy case.

Don DePriest is claiming $4.1 million in personal and real estate assets against $43.6 million in liabilities, according to documents filed in the U.S. Bankruptcy Court of the Northern District of Mississippi. Court filings list dozens of creditors, many of whom are well-known Lowndes County business people.

What precipitated the bankruptcy were four creditors -- seeking roughly $13.2 million combined -- filing an involuntary petition with the court in September. The goal was to force DePriest into bankruptcy. He resisted initially, but has since submitted to the process and has cooperated with the court, which opened the door for other creditors to lay claim to his assets.

DePriest must appear before court-appointed bankruptcy trustee Steven Livingston at a hearing June 3 in the federal courthouse in Aberdeen, where he will testify under oath about his debts and assets. Creditors can attend and ask DePriest questions for the court record.

The Dispatch could not reach DePriest for comment. DePriest's attorney, Selena Maddox of Tupelo, did not return calls or messages for comment.

A former telecommunications entrepreneur, DePriest owned Charisma Communications -- which dealt with cellular phone service licensing in the 1980s. He sold that company for $100 million in 1986, according to Lowndes County Chancery Court documents. Since then, DePriest, who lives on Seventh Street North, has dealt with capital investment and other business ventures through his companies, among them MCT Corporation and Maritime Communications.

In 2005, President George W. Bush appointed DePriest, a major Republican donor, to the Tennessee Valley Authority board of directors. Four years later, DePriest resigned from the post after being accused of not repaying millions of dollars in loans and misleading investors.

The four petitioners who filed the involuntary petition against DePriest in federal bankruptcy court in September had received judgments in previous court cases that entitled them to their claims, but DePriest has failed to pay the debts.

One of the four petitioners is Oliver Phillips Jr., a longtime business associate and accountant with DePriest. Phillips is trying to collect $9.1 million that a Lowndes County Chancery Court judge awarded him in a lawsuit filed in 2007, according to court documents. According to other documents in that case, DePriest still owes Phillips $5 million from the sale of Charisma, as well as $3.1 million from various promissory notes DePriest signed to him and $967,000 from options of MCT Russia due him.

Phillips and his attorney, John Crowell of Columbus, declined to comment.

The Alabama Department of Economic and Community Affairs sought $2.9 million in the involuntary petition, while the Bank of New Albany sought $787,405 and Republic Bank and Trust of Louisville, Kentucky, sought $382,268.

Jackson attorney Chad Hammons -- who represents Republic Bank and Trust -- said the trustee from the June 3 court date will determine what of DePriest's property is exempt from liquidation. Secured creditors will have an opportunity to claim their collateral on defaulted debt and the equity from what's left will be distributed to the remaining creditors by priority.

Hammons said it is too early to tell whether his client will ever see a dime.

"It depends on what the trustee can recover, if anything," Hammons said. "We don't really know enough about it yet to say."

Representatives for ADECA and Bank of New Albany could not be reached for comment.