Columbus Police Department to host 'Night Out On Crime' 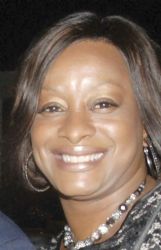 The Columbus Police Department is welcoming the community to its annual National Night Out Against Crime block party next week.

The event will feature gatherings from 6 to 9 p.m. Tuesday in different locations, according to Rhonda Sanders, the community relations officer with CPD. The block parties will be at East Columbus Gym on Lawrence Drive, Townsend Park off 15th Street South and Sim Scott Park on 20th Street North.

The night will feature music, guest speakers and other festivities as CPD reaches out to engage with the community. The event, Sanders said, is funded in part through proceeds from the Black and White Ball the department recently hosted.

"We have food, we give school supplies out and we give literature out for crime prevention," she said. "It's part of the serving part -- the giving back part that the police department wants to do for the citizens. The Mayor and city council goes to each site and talks to the citizens and lets them air out their complaints or talk about what's going on in their part of the community."

Sanders said officers will also be out and about during the event to talk to residents to get to know them one-on-one.

For CPD, community engagement will have to be a main cog of any efforts to curb some of the city's crime, Sanders said. She added that building a relationship with residents helps because it brings officers out of the police station and out of their cruisers and makes them more accessible.

"Most people don't want to come up to the police department and give us information," she said. "Now how easy is it if we're in your community and you give me a tip? How much more comfortable is it we're sitting there eating hot dogs and talking and communicating?

"That's why we try to coordinate this every year," she added. "But we don't want this relationship to come around just once a year. We want this to be something we can build and use year-round."