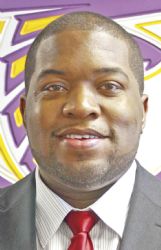 An Illinois educator has filed a lawsuit against the Columbus Municipal School District and its superintendent claiming he was not given a job with the district despite the school board voting to hire him.

Dr. Philip Hickman, the superintendent of CMSD, went before the school board in August 2014 and recommended that Leslie Smith, a resident of East St. Louis, Illinois, be hired for the position of director of schools. Smith is an uncle of Hickman's wife. The newly created position, Hickman said, would work with the district's nine principals. It was to earn $70,000 a year. The CMSD school board voted 4-0 to hire Smith.

Less than a week later, however, Hickman released a statement saying Smith had declined the job.

Smith, in a federal lawsuit filed Friday, claims that the statement was "fabricated and contrary" to his desire. The suit, filed in U.S. District Court North Division of Mississippi, accuses CMSD of breaching a contract, negligent misrepresentation and gross negligence.

It names CMSD and Hickman as defendants. Smith is asking for more than $280,000 in damages.

Smith claims that he obtained an education certification from the state in August 2014 because it was a condition of his hire at CMSD, according to the lawsuit.

David Dunn, the attorney for CMSD, did not respond to messages from The Dispatch on Monday.

CMSD officials declined to comment on the pending litigation. The district has not yet responded in court documents to the lawsuit.

The position of director of schools was never filled.