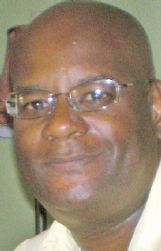 While presenting his monthly report, Brinkley passed several fake weapons WPPD has recently collected from the streets among city department heads and selectmen.

The weapons Brinkley distributed looked and felt like authentic guns, which Brinkley said creates danger for the public and his officers.

"This is what we are up against," Brinkley said, brandishing a very real looking black shotgun. "This one looks real, but when you handle and touch it, it's obviously a fake gun, it's a toy. I really refer to all these not as toy guns, but as gun-toys. This thing is dangerous to law enforcement. This is a real issue. We are seeing more and more on the street."

Brinkley said his officers have been confiscating a significant number of air pistols, shotguns and rifles that bear all the appearances of real firearms, and therefore must be taken seriously by officers approaching these subjects. While many of these non-lethal objects come with an orange tip on the nuzzle to show it poses less of a threat, Brinkley says many people remove the tips.

Brinkley said that during October officers responded to calls of an unruly man at McDonalds. When officers arrived, the man had a fake pistol in his waist ban and was not cooperating with police. Brinkley said his officers had no way of knowing whether or not the gun was real. It was a dangerous situation, the chief said.

Brinkley advocated a piece of legislature introduced by Rep. Tyrone Ellis (D- Starkville) to prohibit the over-the-counter sale of fake weapons to minors. The bill, he said, died in committee.

Brinkely also noted that his department typically sees an uptick in burglaries and other theft crimes in the winter months, and that numbers are beginning to creep up again.

Fire Chief Ken Wilbourne said investigations into the fire that consumed West Point Stockyards on Thursday have been unable to determine a cause for the blaze.

Wilbourne thanked other area first responders and 4-County Electric for helping his department combat the flames. He said they were able to save 75 cows.

The chief warned the public to be careful when cooking this Thanksgiving. He said every year a fire starts when somebody tries to deep-fry turkeys.

The selectmen voted unanimously to go forward with the purchase of a new three-quarter ton pickup truck for the fire department. The truck costs the Mississippi public services contract price of $21,382.

The board of selectmen agreed unanimously to advertise bids for a sewer rehabilitation project along Main and Commerce Streets near city and county government buildings. Selectmen said upgrades to the system are long overdue. Bids will be advertised in the Daily Times Leader newspaper and reviewed next month.

Selectmen also approved advertising bids for the re-sealing of the parking lot at McCharan Field and on a dump truck owned by the water department.

The board accepted a bid for the re-paving of Pinewood and Mapleview streets for $69,550.