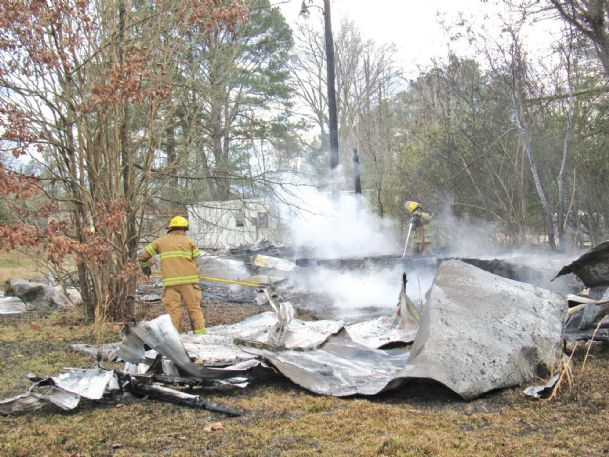 A vacant mobile home along Highway 373 was destroyed by fire on Wednesday. No injuries were reported. Photo by: Isabelle Altman/Dispatch Staff

A fire destroyed a vacant mobile home near Columbus Air Force Base on Wednesday afternoon.

The home was already mostly burned by the time the first firefighter arrived at the scene.

There were no injuries.

Firefighters are unsure what caused the fire or exactly when it started.