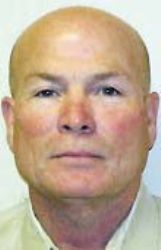 Another major failure could take a portion of County Lake Road along with it, Pritchard said.

"The dam's in bad shape," he told supervisors as he noted other deficiencies could be discovered along the path. "The next (failure) might not be nice enough to fail at the guardrail. (A failure that takes the road), that's going to be a safety hazard. It might give us a bit of a warning - a crack or pavement settling - but then it might just occur over night."

Pritchard has been working on routine survey work involving the lake, but supervisors unanimously tasked him with preliminary studies specific to identifying and assessing the structure's condition.

Early indications, he said, point toward rapid drawdowns - when the lake's water level rises and drops in a short amount of time - as the cause of the slope failures.

To fully understand the scope of the problem, workers will have to lower the lake's water level for a closer inspection. Simply adding more dirt and boulders to the top of the slope isn't an option, Pritchard said, because the added weight more than likely will wash out into the body of water.

A complete rebuild of the levee could be needed, Pritchard said. He told supervisors it could take up to three months to get plans approved by various state agencies and another nine months for renovation efforts.

A detour route must also be established before any construction begins.

Although a full cost is unknown at this time, Pritchard said similar efforts at Lake Lamar Bruce near Saltillo cost about $4 million.

"Let's go ahead and get (water lowering efforts) started ... so we can see exactly how dangerous this is and how much damage has been done. Right now, you don't know how much time we have. I could get in the morning and the slope has dropped another 400 feet and out in the actual travel lane," said District 3 Supervisor Marvel Howard.

The county lake falls within Howard's district, and the three-term supervisor resides near the man-made structure.

"Here's the real deal: We don't know how much washing has happened underneath that levee," he added. "There's a big settlement on the other side. I don't think it's fixing to blow - I'm praying it's not - but for the 2 or 3 miles back behind it, that much water - it's going to be real bad down there."