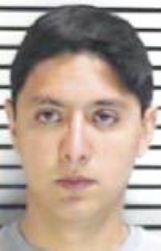 A former Caledonia High School teacher and soccer coach is on probation after pleading guilty to sexual battery.

Suarez received a 10-year suspended sentence, five years on probation and a $2,400 fine, according to court documents.

A conviction of sexual battery carries a maximum possible penalty of 30 years behind bars in Mississippi.

Suarez was arrested in May 2013 after investigators said he had sex with a 17-year-old female student. The victim, shortly after Suarez's arrest, wrote a victim statement asking that Suarez receive prison time, according court documents in Lowndes County Circuit Court.

However, in a recent affidavit included in file, the victim stated that she is OK with him receiving probation.

Suarez was also initially charged with enticement of a child for sexual purposes. That charge was later dropped.