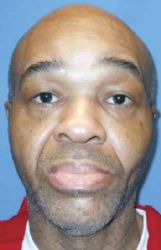 Michael West took to the witness stand Friday to defend his record on bite mark analysis.

West, a forensic odontologist, is at the center of an ongoing post-conviction relief hearing for death row inmate Eddie Lee Howard.

Howard, 62, was convicted and sentenced to death in 2000 for the 1992 rape and murder of 84-year-old Georgia Kemp in her Columbus home.

Howard was previously convicted for the crime in 1994, but the Mississippi Supreme Court overturned the verdict in 1997.

In both trials, West testified that bite marks on Kemp's body matched an impression of Howard's teeth.

The bite marks on Kemp's body, according to court documents, were not noted during the initial autopsy performed on Feb. 3, 1992, by medical examiner Steven Hayne. West requested additional study on Feb. 6, 1992, and Kemp was exhumed the next day.

The bite marks were the only piece of physical evidence linking Howard to the crime. On Thursday, two witnesses for the defense said male DNA on a butcher knife used to kill Kemp did not match a DNA sample from Howard. The butcher knife was the only item recovered from the scene that tested positive for male DNA.

The Mississippi Innocence Project, which is representing Howard, called several witnesses on Wednesday and Thursday to testify against using bite mark analysis to identify suspects.

West, on Wednesday, said he still believes in bite mark analysis. However, he said the "politics" around it and constant pressures from defenses have pushed him away from it.

"If a technique is valuable in court and the defense cannot overcome it, they will have their agents change the rule so you can not present a fact or image and say 'give me your opinion,'" West said. "They don't want that. They can't stand it. They can't talk it away."

West pushed back against defense testimony that bite marks were unreliable. He said a test he conducted in 1984 on living subjects showed that he could get a better image 21 days after the bite than an hour or so after the bite.

"No, I no longer believe in bite mark analysis," Fabricant said, reading West's testimony from a deposition. "I don't think it should be used in court. I think you should use DNA. Throw the bite marks out."

But West said he believes in analysis. Rather, he blamed the Innocence Project and other groups for requiring what he called an impossible standard -- going so far at one point to tell Fabricant "Y'all make life unbearable."

West did admit, however, that wrongful convictions stemming from the analysis of other forensic odontologists shook his faith.

"That bothered me, that there were so many other odontologists making errors in their analysis and opinions," West said. "Men that I respected and felt had a firm grasp of this could be wrong. If they could be wrong, I could be wrong."

Howard's hearing will have to finish at a later date.

The Innocence Project could not finish cross-examining West by the end of the day, and the state must still finish cross examination of Iain Pretty, a professor of dentistry from the University of Manchester, who had to leave early Wednesday to catch a flight back to the United Kingdom.

Lee Howard told both legal teams that everything must come forward in the case before he makes a ruling, and indicated he wants to take his time to consider everything before he reaches a verdict.

The Innocence Project is hoping for the conviction to be overturned without a new trial or for a new trial to be ordered. Howard can also choose not to offer relief.