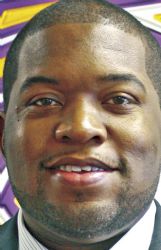 A lawsuit between Columbus Municipal School District and its would-be director of schools is settled.

The settlement order, filed Wednesday in U.S. District Court for Northern Mississippi in Aberdeen, effectively dismisses the case between plaintiff Leslie Smith and defendants CMSD and Superintendent Philip Hickman. Smith, who filed the suit in 2015, was seeking $280,000 in damages for breach of contract, negligent misrepresentation and gross negligence.

Per the settlement, the district will pay Smith $17,500 through an insurance policy, said Columbus attorney Berkley Huskison, who represented CMSD in the suit.

"The school district is pleased that the case is over, as is Dr. Hickman, so that he can move on to other things," Huskison told The Dispatch.

Hickman created the director of schools position shortly after he began his tenure as superintendent and recommended Smith for the job in August 2014, despite the fact Smith is an uncle to Hickman's wife. The director of schools would have worked directly with CMSD's nine principals for an annual salary of $70,000.

The board voted 4-0 to hire Smith pending his receiving state certification. But after controversy erupted over Smith's relation to Hickman, the board received a letter Smith purportedly signed declining the position.

Smith claimed in his complaint that he never signed the letter and was denied the job. The district has not filled the position since.

Also, text exchanges entered into the court file indicate Hickman did not provide Smith a job description upon request and even suggested the one listed for the position on the district's website was "fake."

U.S. District Judge Neal B. Biggers Jr. dismissed the case without prejudice, meaning the court can reopen it if "good cause is shown that further litigation is necessary," according to the dismissal order.

"Nobody got rich and nobody was broken by this thing," said Jackson-based Frank Jones, one of Smith's attorneys.

Neither Hickman nor Board President Angela Verdell returned calls or messages for comment by press time.