Karriem's daughter claims she lied to police about assault 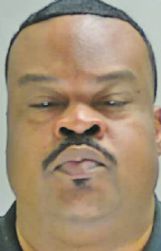 Kabir Karriem's adult daughter now claims she lied when she told a police officer her father hit her in an Oct. 10 altercation.

Karriem's attorney, Austin Vollor, provided The Dispatch this morning with a screenshot of an affidavit 18-year-old Mariah Yazmine Karriem signed recanting her original statement to police. Vollor said he will file the affidavit later today in Columbus Municipal Court.

"The police showed up and I told the officer my father hit me the head," Mariah says in the affidavit. "That statement is false."

Karriem, a former Columbus councilman who now represents District 41 in the Mississippi House of Representatives, turned himself in at Lowndes County Sheriff's Department on Oct. 11 on a domestic violence count and was released the same day on his own recognizance.

Mariah told Columbus police officer Eric Potts her father punched her in the head three times with a closed fist, according to arrest documents the city released to The Dispatch on Friday in response to an open records request.

Potts noted in his report Mariah showed no physical signs of injury.

However, in the affidavit Mariah signed Friday, she claims she only told the officer Karriem hit her because she was angry after getting into an argument with him earlier in the evening about spending the night with her friends.

"I only said that because I was angry and wanted to say anything to get to leave," the affidavit says. "At no point did my father push or hit me. I told the officer I did not want to swear to the charges or for anything to happen to my father."

According to the incident report, Potts responded at about 7:45 p.m. on Oct. 10 to a parking lot on Military Road where he took Mariah's initial statement.

Then, Mariah claimed she got into a verbal altercation with her parents earlier in the evening before leaving their home at 1326 15th St. N. and walking west on 14th Avenue North.

The incident report says Karriem later drove up in a van to the back parking lot of Swoope Real Estate -- located at the intersection of Military Road and 14th Avenue North -- where he spotted his daughter walking. She told the officer Karriem then allegedly exited the van and physically assaulted her. The assault stopped, she originally said, because Karriem's van began rolling backward into a sign on the Swoope property. That allowed Mariah to run home, retrieve her phone and call 911.

The affidavit now disputes the claim.

"I ran out of my house to catch up with my friends that were driving away and ran down the street after them," Mariah says in the affidavit. "My dad got in his van and caught up to me telling me to come back home. At one point, he tried to stop the vehicle to talk me into getting back in the car. He did not put the car in park so it began to roll.

"While he tried to stop the vehicle, I ran home, called the police and told them my father was hitting me," she added.

The city on Friday also released a statement from Assistant Police Chief Fred Shelton, who met with Karriem on Oct. 10 after the incident. Shelton's statement says Karriem contacted him, originally claiming he did hit his daughter because she was being "disrespectful." In a second meeting later that night, Shelton said Karriem denied having hit Mariah and said he didn't want to go to jail over the incident.

Since his arrest, Karriem has taken to his radio show, "Karriem and Company," and said Columbus can be a "mean-spirited place" and promised the truth would come out. Vollor also insinuated in a previous press release Karriem's arrest was politically motivated.

"There will be a time to present the evidence to the court to sort this out," Vollor said. "We are confident in the outcome. We have no other comment other than what has been provided."

The city would not comment by press time Monday on Mariah's affidavit or whether she could face any charges for making a false statement to police.