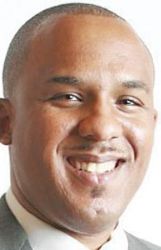 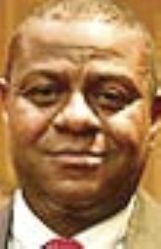 With the Lowndes County Circuit Court in session, defendants from all over the county are coming to the courthouse for trials, sentencing and other hearings -- or just to check in with their attorneys and the judges.

Except for those who don't.

At least three people accused of violent crimes missed their court dates in early November, including two defendants on trial for aggravated assault and Donta Shirley, who was arrested in 2014 for sexual battery and kidnapping.

Shirley's court date was Nov. 15. By Nov. 18, he was listed in circuit court records as having skipped bond.

Al Williams Bail Bonding in Columbus posted Shirley's bond. Representatives with the company declined to comment for this article.

There are a handful like Shirley every time court is in session, District Attorney Scott Colom said -- though he stressed almost all defendants come to court on time, thanks mainly to the bail bonds system which incentivizes them to show up for hearings.

The role of bail bondsmen

Kenneth Montgomery of Montgomery's National Bonding Company has been bailing people out of jail in Columbus for 37 years. When a person is arrested, or alternatively when a grand jury indicts them for a crime, a judge sets a bond. Montgomery's job is to bail the person out for 10 percent of the bond.

When a defendant doesn't show up for court, Montgomery has 90 days to find them before he has to pay the full amount of the bond -- which can be anything from $400 to $1 million. Once he pays the court, he has 18 months to track down the bond jumper and return him or her to custody. Then gets his money back.

This makes him more effective at finding defendants than law enforcement, he said. Police officers will arrest someone who has skipped bail if they pull that person over for a traffic violation and realize they're wanted for a crime. But they're not looking as hard as he is, Montgomery said, because unlike him, they don't have skin in the game.

When people skip bond, Montgomery hits the streets -- knocking on doors, talking to friends and relatives. In-laws are usually pretty cooperative, because "they don't like you (the suspect)." For others, it takes more persuasion.

"You put a couple of dollars on the street and your best friend will turn you in," Montgomery said.

Bonds are simply meant to assure suspects appear in court, according to Colom.

"There's a misnomer out there that bonds are supposed to punish a person," he said. "Sometimes city judges will get pressure to set a high bond, but ... constitutionally, the bond is not to punish the person."

Judges are supposed to take a defendant's means into consideration when deciding what amounts to set, Colom added.

"If you set a $2 million bond on somebody and you know that they're making $25,000 a year, you're really denying them a bond," he said. "And at that point, you're incarcerating them when they're just a suspect of a crime and not convicted of anything."

Still, the more serious the crime the higher the bond, Colom said. If a person could be convicted of a serious felony and sentenced to a longer time in prison, they have less incentive to show up in court. Bonds are higher for serious felonies to offset that risk.

Skipping bond, Colom said, doesn't necessarily result in more charges in circuit court, although it could result in a judge revoking a suspect's bond.

Often, though, he said attorneys will work with defendants who were sick, at work or simply forgot their court date.

Montgomery estimates about 3 percent of the people he bails out miss a court date. For the most part, he said, they forgot.

This is pretty common, according to Senior Investigator Maurice Johnson with the DA's office.

Since people so often have to check in with attorneys at court before they actually go to trial, he said it can be easy for them to forget they have court dates when they're also busy with work or their families. They also may be in the hospital and have just forgotten to contact their attorney.

Other times defendants know they're likely to be found guilty and skip bond on purpose, Colom added. They usually don't even skip town, he said -- they just want to make the police come find them.

Since bonds pose a financial risk for bail bondsmen, Montgomery chooses his clients carefully, taking into account their cosigners, their charges and their bond amounts.

When he does take a chance, it's usually with small bond amounts, such as a couple he bonded out last week for $400 and $500, respectively.