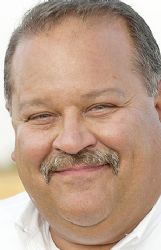 Higgins has led the LINK as the economic development agency has drawn about 6,000 jobs to the area in recent years by attracting companies such as PACCAR, Steel Dynamics and Yokohama.

The episode will air at 6 p.m. Sunday on CBS.

LINK Vice President for Internal and External Affairs Macaulay Whitaker said features in The Atlantic and on PBS sparked CBS' interest in the LINK, and the station reached out to the organization in the summer. Show crews visited the Golden Triangle three times to film and conduct interviews.

The program will focus on how manufacturing has survived in an unlikely place and will look at the elements, including the people, that have played key roles in the Golden Triangle's economic growth.

"Hopefully it's going to shed some light on what we're doing here and why the Golden Triangle is such a special place," Higgins said.