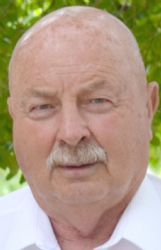 When Dee Dee Larson was a little girl, her stepfather, Richard Justice, used to take her flying.

They didn't drive to the beach or to visit family in Birmingham, Alabama -- they flew on Justice's planes. The 72-year-old lifelong Hatley resident had flown his entire adult life -- first as a crop duster, then as a commercial pilot for various companies in and around Mississippi. Even after his "retirement" a few years ago, Larson, who now lives in Starkville, said her stepfather kept flying one-off trips for nearby companies, as well as his own planes. He had two, which he proudly kept in a hangar near his home, she said.

"Flying was his passion," Larson said.

Justice passed away Tuesday morning when his single-engine plane crashed a mile from the Monroe County Airport on Votech Road between Amory and Aberdeen. The crash killed both Justice and his Lowndes County passenger, a Columbus business owner that authorities have not yet identified due to the family's wishes.

Cantrell and one of his deputies found the crash site a little after 11 a.m. The scene was roped off and authorities from the Federal Aviation Administration are on their way to investigate, he said.

Authorities don't yet know the reason for the crash.

Justice's body was sent to the State Medical Examiner's Office in Pearl. Preliminary findings from Justice's autopsy in Jackson indicate he died from trauma from the crash and not from any medical condition, according to Monroe County Coroner Alan Gurley.

It's not something that either Larson or her stepsister Kim Hays ever expected would happen.

"He was just such a meticulous person," said Hays, who lives in Birmingham.

Still, both Larson and Hays said it was the way he would have wanted to go.

Larson's father had died when she was just a baby, and Justice married her mother when Larson was 4. Ever since, Justice was her dad, Larson said.

"He's never treated me any differently than his two other children," Larson said.

Both she and Hays remember him taking them on joyrides in his planes growing up.

Once when Hays was 12 or 13, she had a friend over while Justice was watching football, and the two of them began badgering Justice to take them for a ride.

Justice was outgoing, cheerful and funny, they said. He loved telling stories, making people laugh and -- according to Larson -- embarrassing his children.

"He was a really great storyteller," Hays said. "He had a repertoire of stories. ... He was just really a people person. He loved people."

Larson emphasized her stepfather was one of the best pilots in the area. He worked for years as a commercial pilot first for Amory Garment, then for North American Classics out of Jackson and last from Stanley Smith Drywell in Alabama. He also was a flight instructor. Even after his retirement as a commercial pilot from Stanley Smith Drywall about four or five years ago, he would fly at least once a week.

Larson said her family is keeping the family of the deceased passenger in their thoughts and prayers.