Jim Waide, left, and Jeffrey Reynolds, right, speak to each other during a hearing Friday in the manslaughter case against former Columbus Police officer Canyon Boykin, center.
Photo by: Luisa Porter/Dispatch Staff 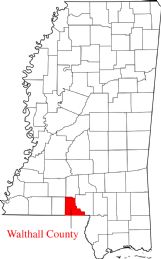 Canyon Boykin's trial is set to begin exactly two years to the day after he shot and killed Ricky Ball in Columbus.

Boykin, a former Columbus police officer, will be tried for manslaughter in Walthall County in south Mississippi. The trial, as of now, is scheduled to begin Oct. 16.

Mississippi 16th Circuit Judge Lee Coleman set the location in a Friday morning hearing in Lowndes County Circuit Court. Boykin shot Ball to death while on duty on Oct. 16, 2015, after Ball fled on foot from a traffic stop.

During Friday's hearing, Coleman said two other dates -- Aug. 7 and Nov. 13 -- were available, but the October date was the only one of the three open for both sides' attorneys.

Coleman approved a change of venue motion on Nov. 18, 2016, because of heavy media coverage of the shooting potentially tainting a local jury pool. The defense and prosecution each submitted three county suggestions by the end of December. Jeffrey Reynolds and Jim Waide, Boykin's attorneys, suggested Walthall, Attala and Montgomery counties. Stanley Alexander and Patrick Beasely, prosecuting the case for the Mississippi Attorney General's Office, submitted Marshall, Pike and Lauderdale counties.

"I looked at all of the counties submitted by the parties in this case and some that were not," Coleman said. "It appears that Walthall County, which has Tylertown, is the best choice."

Tylertown, Walthall's county seat, is about 55 miles west of Hattiesburg.

"I am delighted that Judge Coleman selected Walthall County," Reynolds said. "It's one of the counties we proposed. It's a long way from Lowndes County, and I have no question that we can get a fair and impartial jury in Walthall."