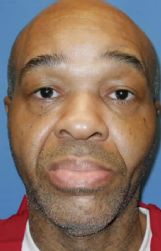 The Mississippi Supreme Court has asked Circuit Judge Lee Howard in writing for a status update on a case questioning bite mark evidence that landed a Lowndes County man on death row.

A post-conviction relief case for the defendant -- death row inmate Eddie Lee Howard, 64 -- has dragged on for almost 18 months without a ruling. Meanwhile, the Supreme Court last week overturned a conviction in a case where similar evidence was used.

Eddie Lee Howard was twice convicted of the murder of 84-year-old Georgia Kemp, who was found stabbed to death in her home in February 1992. In both his convictions -- the second of which was in 2000 after the state Supreme Court threw out his 1994 conviction -- the prosecution presented bite mark evidence apparently taken from Kemp's body.

In 2014, the Mississippi Innocence Project took up Howard's case, arguing bite mark evidence is a "pernicious pseudo science" that has been debunked since it was popularized in court proceedings in the 1990s and 2000s, according to Supreme Court documents. Innocence Project attorneys also argue DNA since found on the murder weapon does not match Howard's.

Neither of the defendant's post-relief hearings, however -- the first in May 2016 and the most recent on Oct. 2 -- have rendered a ruling.

The letter from the Supreme Court clerk was filed in Lowndes County Circuit Court on Oct. 11 and requested a current status update on the case.

Brown's case has been remanded to DeSoto County for possible retrial, but the bite mark evidence cannot be used.

At Brown's initial trial, prosecutors argued a bite mark on his wrist matched the bite mark of one of the victims. However, DNA testing later showed none of Brown's DNA was in the victim's mouth, according to documents the Mississippi Innocence Project filed with the Supreme Court.

"It demonstrates that Michael West has been wrong once again," Fabricant said. "Sherwood Brown represents the 30th known wrongful conviction or indictment attributable to bite mark evidence. It's an absolutely staggering number for a little-utilized technique."

A spokesperson for the Attorney General's Office, which is representing the state in Eddie Lee Howard's case, said attorneys do not comment on pending cases.

Fabricant said the court is awaiting transcripts from the post-conviction relief hearings, which should be completed next month. From the date of their filing, Judge Howard has 60 days to rule whether to vacate Eddie Lee Howard's conviction, hold a new trial or let it stand.