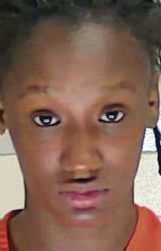 A former Jack's Restaurant employee charged with serving unwholesome bread after she was accused of smearing bodily fluids on a burger in January pleaded guilty Tuesday.

Sky Samuel, 19, will spend a year in prison. She entered an open plea, meaning she did not make a deal with the District Attorney's Office.

She was sentenced to five years in the Mississippi Department of Corrections, with four suspended and four years of post-release supervision.

District Attorney Scott Colom said the judge made the sentencing decision after taking into account evidence against Samuel as well as factors such as her not having prior felonies.

"The state respects the judge's decision," he said.

Officers with Columbus Police Department arrested Samuel in January after another employee accused her of contaminating a burger which she served to a drive-thru customer at Jack's on Jan. 7. Shortly thereafter, the customer, a woman from Tupelo, reported Samuel to CPD.

Samuel's charge had a maximum sentence of five years.