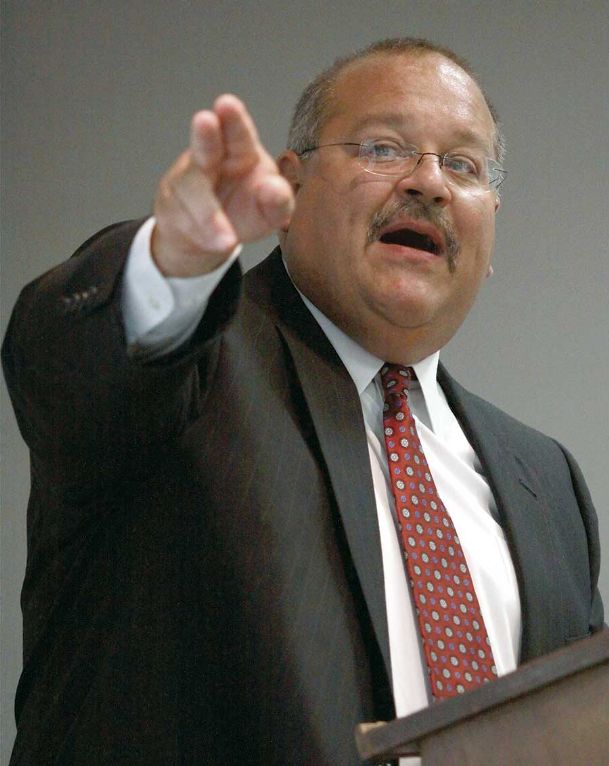 Joe Max Higgins speaks at a luncheon on the Mississippi University for Women campus in this 2012 file photo. Photo by: Dispatch file photo 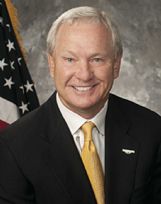 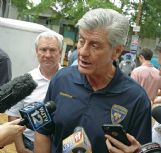 Higgins, a nationally renowned economic developer who has led the LINK for more than 14 years, said MDA's philosophy is flawed on numerous fronts, and the organization lacks both the vision and leadership to improve it. He compared MDA's reorganization efforts in recent years to "rearranging the deck chairs on the Titanic."

Specifically, Higgins leveled his harshest criticism at the MDA director of more than two years, Glenn McCullough -- whom he said had surrounded himself with an inexperienced team, could not be depended upon to keep appointments and was trying to be a "king-maker" by dictating where projects locate. As a result, he said, winnable projects are choosing other states.

"What any state really needs is a economic developer's economic developer," Higgins told The Dispatch in an exclusive interview that covered a broad swath of industry recruiting challenges facing the state. "(But) in Mississippi, we've got Glenn."

The result, Higgins said, is a combative relationship between local agencies, like the LINK and MDA.

He even said McCullough, during a project where the LINK was competing with Meridian for an aerospace-related project, assigned as project manager the step-daughter of the Meridian Airport director without disclosing it.

Gov. Phil Bryant appointed McCullough -- who had previously served as Tupelo mayor and then chair for the Tennessee Valley Authority board -- in June 2015, and Higgins said a leadership change at MDA is imperative. But with Bryant's final term ending in January 2020, he doubts anyone "effective" could come in and right the ship.

"There's an absolute cost here," he said. "We could be in a five-year funk if we don't watch it. ... They need to get leadership in there to develop a plan and give them the resources they need to implement it."

"I don't want it," he said. "First of all, I'd have to take a pay cut. I also don't have the temperament to deal with the Legislature on the level I'd have to in that role."

McCullough refused to be interviewed when The Dispatch contacted the MDA office in Jackson on Friday. The organization's public relations director Jeff Rent said, though, he didn't understand Higgins' reasoning for attacking MDA and its leader.

"I can't see where it would help anybody," Rent said.

Rent also pushed back hard against Higgins' claim that MDA set up an unfair playing field for local communities.

"Companies choose the site that fits their needs based on information local agencies send to them," he said. "We don't tell companies where they need to locate."

Higgins, albeit often blunt, boisterous and profane in his delivery, is a known winner when it comes to economic development, something Rent is quick to acknowledge.

"Joe is certainly good at his job, and the Golden Triangle is an area that's seen much success in recent years," Rent said.

Higgins told The Dispatch the LINK has recruited an average of $400 million in development projects and 500 jobs for the Golden Triangle annually since he arrived in 2003. His major victories include bringing the Severstal (now Steel Dynamics) steel manufacturer, the PACCAR engine plant and Airbus to the Lowndes County Industrial Park. Higgins also led LINK efforts to bring a Yokohama tire manufacturing plant to West Point.

The CBS news program "60 Minutes" featured Higgins' and the LINK's success late last year, and faculty from Harvard's School of Business even visited the Golden Triangle in October to study the area's success.

Lately, Higgins said, there hasn't been much to see.

In past years, Higgins said the LINK was submitting proposals to company site consultants at least once weekly and hosting site visits for prospects about twice a month.

Now, the LINK is working only four projects -- that are estimated to create a total of 350 jobs in the region -- and three of those are in alternative energy. Higgins wouldn't call any of the projects "iffy," per se, but he said they were less concrete than the LINK's usual deals.

Part of the problem, he said, stems from MDA's diminished involvement in the recruiting process, an issue he also hangs on McCullough's leadership. Until the last two years, he said, the LINK received an equal amount of project leads from MDA, the TVA and from a company or its site consultant contacting the local organization directly.

MDA's strategy for offering incentives -- usually in the form of funds for roads and infrastructure at project sites -- doesn't help either, Higgins said, as it rewards the number of jobs a project creates more than the quality of those jobs.

For example, Lowndes County was one of two finalists earlier this year to land an Irving Consumer Products toilet paper plant, a $400 million investment that would have created 260 jobs with an average annual salary of $61,000. MDA's initial incentive offer was $5 million, less than one-third of the $16 million promised local investment in the project and not enough to successfully get it.

Eventually, MDA agreed to pony up $13 million for the Irving plant, which was enough to keep the LINK in the game. Ultimately, though, the plant went to Macon, Georgia.

Losing a shot at Canada-based Irving -- a sprawling family enterprise with hands in various other industries -- cost all of Mississippi, Higgins believes.

"This wasn't just about getting a plant to make ass wipe in Lowndes County," Higgins said. "Irving is a totally integrated company. ... This was a chance to make a strategic investment for the future that went way beyond just one (plant), and the state muffed the punt."

Underpaid project managers at MDA, as well as regular turnover in those positions, also has reduced Mississippi's competitiveness, Higgins said.

Under past MDA administrations, particularly that of former director Gray Swoope, Higgins said project managers pulled salaries of $75,000 to $95,000 per year. They were often older, he said, and had several years of experience.

Rent didn't comment on that criticism, but David Rumbarger, CEO of the Community Development Foundation in Tupelo -- an organization with a mission similar to the LINK's -- said employee pay certainly seems to hobble MDA.

"The state's not getting young, bright talent and keeping it because it's not paying a competitive salary in the marketplace," Rumbarger said. "When communities (local organizations like CDF and the LINK) can pay more for talent than the state can, that's a problem. I'm hoping Director McCullough is able to address that."

Higgins said the state can afford to draw a super project (a more than $250 million investment) every two to three years.

Through grant programs -- such as Community Development Block Grants or Appalachian Regional Commission programs -- he said the state provides plenty of support for developments of less than $100 million.

It's projects ranging from $150 million to $250 million that should be the state's "bread and butter" that Higgins said are falling through the cracks.

He believes there are six regions in the state -- DeSoto/Marshall County, the Golden Triangle, Hattiesburg, Jackson, Tupelo and the Gulf Coast -- that are consistently growing and should be regularly landing large to mid-size projects.

"We need to keep our winners winning," he said. "There just doesn't seem to be a plan for that (at MDA)."

Instead, he said MDA seeks to spread the wealth across the state, sometimes overlooking the most qualified sites to try to shoehorn a project in a place less qualified to handle it.

Higgins claims there's a specific bias at MDA toward the Golden Triangle.

"I understand the bias to some degree because they look at us and think, 'Boy they sure do get a lot,'" Higgins said. "We do win a lot. But by trying to spread it around, they keep risking Mississippi losing projects altogether.

"They don't get it," he added. "They don't have that many swings at the plate. They've got to make them all count."