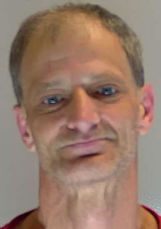 Allen was served with an indictment in Lowndes County Circuit Court last week for one count of possession of methamphetamines, according to court records.

Mississippi Bureau of Investigation is looking into the death, according to jail administration and investigators with Lowndes County Sheriff's Office. Lowndes County authorities have not released any information on Allen's cause of death to The Dispatch.

MBI spokesperson Warren Strain did not return calls from The Dispatch.

Allen's body has been taken to the State Medical Examiner's Office in Pearl, Mississippi, for autopsy, Merchant said.

This story is ongoing and will be updated throughout the day.