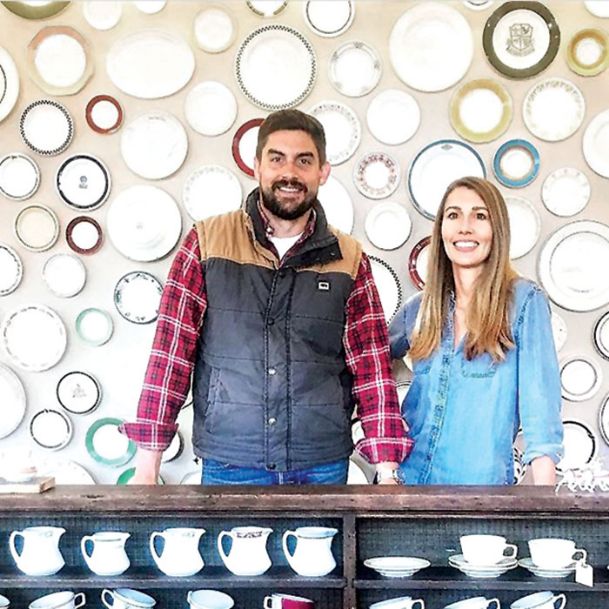 Brother and sister duo Austin Shafer and Amanda Kelly will host a pilot HGTV renovation show coming to Starkville. Casting for their first renovation project opened Wednesday and will close the second week of January. Photo by: Courtesy photo

Casting is open for a show pilot for HGTV that will feature a brother-and-sister duo from Starkville.

The Canada-based RTR Media production company that manages hit HGTV shows such as Flip or Flop: Fort Worth, Home Town and Income Property, is overseeing casting fr the pilot.

"We're just excited in general to participate," Kelly said. "We're excited about it coming to Starkville and potentially being a great thing for the community and good press for Starkville."

Kelly said she and her brother were approached by representatives from 547 Barnard, RTR's sister company, at an arts festival, where the pair had booths set up for their businesses. Fry Retool Company sells vintage tools, including hatchets, hammers and axes. Jamison Fry Interiors sells home decor and vintage dinnerware and offers full interior design services.

RTR Media and 547 Barnard are accepting casting applications from homeowners interested in participating in the pilot show. According to RTR's website, eligible applicants must have a house in the Starkville area in need of renovation in three to four main rooms and have access to a budget that covers the home's necessary renovation costs.

"We've reached out to people we know who are potentially doing renovations," Kelly said. "And a lot of people have responded to the posts on social media."

Those interested in a casting application may email [email protected] Applications will be accepted until the second week of January. The pilot show's premier date and name have not yet been released.