West Point woman charged in death of her father-in-law 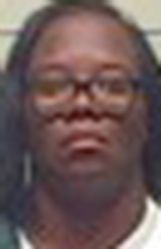 A West Point woman has been charged with capital murder after local police and the Mississippi Fire Marshal's Office uncovered evidence she allegedly set a house fire that killed a 62-year-old disabled man on Thanksgiving.

Latoria Jennae Brownlee, 37, is accused of the murder of her father-in-law, William Brownlee, Sr., who died in a fire in his home.

Responders with West Point police and fire departments were called to a home on Washington Street shortly after 4 p.m. Nov. 23 in response to a house fire, according to a press release from WPPD. Latoria Brownlee notified responders her father-in-law was in the home.

Latoria Brownlee was arrested Wednesday night and is currently being held in the Clay County Jail in West Point on $250,000 bond.

District Attorney Scott Colom said at a press conference Thursday that he hopes to present the case to a grand jury soon, which will speed up the trial process.

Suspects are charged with capital murder when a death occurs during the commission of another crime -- in this case arson. Defendants convicted of capital murder potentially face the death penalty.