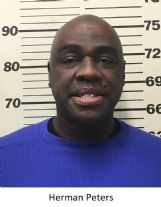 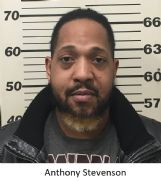 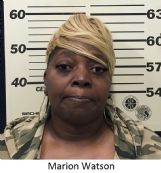 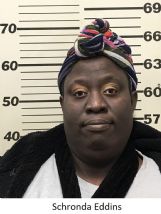 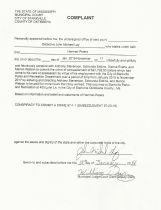 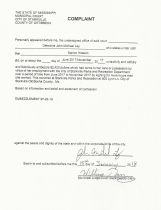 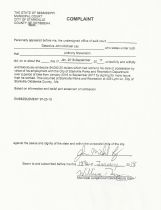 Editor's Note: This story has been updated to include Eddins turning herself in to authorities Friday morning, information The Dispatch received after the print edition was published.

A fourth turned herself in to police Friday morning.

Police also arrested 33-year-old Anthony Stevenson, of Starkville and 46-year-old Marion Watson, of Eupora. Each of the suspects turned themselves in on felony warrants, according to press releases SPD issued Thursday evening.

Peters, 51, served as Starkville's director of Parks and Recreation from the time the city took on the formerly-independent Starkville Parks Commission in 2015 until aldermen fired him on Jan. 2. In December, aldermen placed Peters and former Parks and Recreation administrative assistant Dianne Evans on unpaid administrative leave for "irregularities" that surfaced regarding both employees.

Mayor Lynn Spruill confirmed Stevenson and Watson worked for the Parks and Recreation department as contractors. She said the city previously ended its relationship with both workers.

According to court affidavits, Peters is accused of embezzling a total of $21,702.50 between January 2015 and November 2017. The affidavits say Peters conspired with Evans to pay Watson, Stevenson and another Parks worker, Schronda Eddins, for more hours than they worked.

Eddins turned herself in Friday on a felony warrant, a separate press release confirmed.

Each of the four suspects arrested is out of jail on $5,000 bond, according to SPD. They are all set to appear in municipal court at 6 p.m. on Feb. 26.

In all, four former Parks and Recreation employees or workers with ties to the department have been arrested for embezzlement. Evans, who turned herself in to SPD on Dec. 29, embezzled $2,000 in her capacity as an administrative assistant for the department, according to an affidavit.