Pride parade coming up for reconsideration 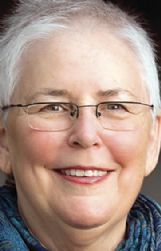 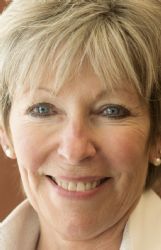 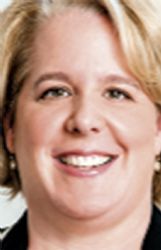 The Starkville Board of Aldermen will have another chance on Tuesday to consider allowing a LGBT Pride parade after denying the initial request on Feb. 20.

Ward 2 Alderman Sandra Sistrunk confirmed to The Dispatch that she placed the parade on the agenda for Tuesday's meeting Friday afternoon.

She thought, in light of a federal lawsuit that has been filed against the city, and in light of the financial burden it could place on the city, it's important to give the board a chance to reconsider the vote, she said.

"Clearly, I think that each of us ought to have the opportunity to reconsider a vote, and take it out of whatever context it was in before and look at what we know now," she said. "It's moving toward an injunction. Legal fees are accruing. The people I've talked to who are attorneys tell me that we really are not likely to prevail. I understand that attorneys all have opinions, but I've not talked to anybody who's told me we're standing on solid ground here."

Before the lawsuit was filed, Starkville Mayor Lynn Spruill told The Dispatch any costs might have fallen under the city's insurance. However, on Friday, she confirmed it's unlikely that will be the case.

If insurance does not cover the legal costs of the case, the city would have to use taxpayer money to pay for it. The lawsuit also seeks for the city to pay Starkville Pride's legal fees, if the suit is successful.

Sistrunk is one of three aldermen, along with Miller and Walker, who have said in a previous Dispatch report they hope the board will reconsider the vote.

None of the aldermen who voted against the parade have said why they did so. Carver, speaking to The Dispatch for a previous report, said he's unlikely to change his stance as he's carrying out the wishes of his constituency.

Starkville Pride has since gained legal representation from New York law firm Kaplan and Company and filed a federal lawsuit against the city, and is seeking an injunction against the board's decision. The suit claims the board violated Starkville Pride's First and Fourteenth Amendment rights by denying the request without a valid reason to do so.

Spruill, who has opposed the board's decision to deny the request, said she hopes aldermen take the chance to reconsider their vote.

Carver: cost 'not necessarily a concern'

"That's not necessarily a concern," Carver said. "That's all things we knew could happen.

"I'm staying true to what the overwhelming majority of my constituents tell me on how they feel," Carver added. "I haven't had anyone come out and tell me that this changes their view on things -- that we might have to use city funds (instead of insurance)."

Carver did say, however, that he was caught off-guard by Sistrunk's late addition to the agenda. The addition came after a Friday work session, where Sistrunk, Miller and Walker conducted a very brief review of the agenda for Tuesday's meeting.

"I assume we'll get more information Tuesday since it's such a late addition," he said. "She may know something I don't. I've never heard of something being added after a work session."