Stakeholders: Community involvement a must for new superintendent 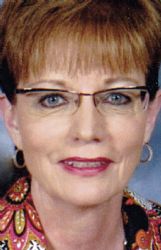 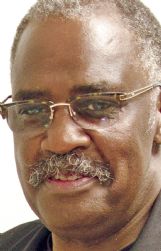 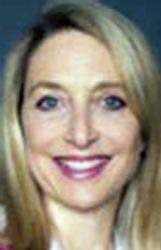 Attendees at a stakeholder meeting on the search and hire of a new Columbus Municipal School District superintendent Monday night agreed on at least one thing: The new superintendent must have a stake in the community.

The meeting was hosted by the Columbus-Lowndes Chamber of Commerce, about 40 members of which attended. It is one of four superintendent stakeholder meetings scheduled for this week.

The CMSD board began the search for a new superintendent in November after terminating the contract of then-superintendent Philip Hickman. Hickman was fired last month.

None of the school board members were in attendance at Monday's meeting. Henderson said she asked them not to attend in order to allow a more open discussion among other community members.

At the meeting, Henderson stressed the importance of the new superintendent understanding not only broader educational issues but concerns unique to the Columbus community -- whether that superintendent is an internal hire or comes from outside the district.

"We expect someone to do their homework before applying," Henderson said. "They should even have some questions prepared for us to increase their knowledge about the area."

Additionally, Henderson said, the board decided that one of the minimum qualifications was that the successful candidate and their family permanently reside in the city of Columbus.

"This person is going to have to wear about 90,000 hats," Columbus resident and District 5 Supervisor Leroy Brooks said. "We need to be there, doing what we can to help, as well."

Dana McLean, Century 21 commercial real estate agent, said because she is the product of the Columbus Municipal School District and a Lowndes County native, she knows the number of resources the new superintendent can draw from in the area. McLean said she realizes the community can play a critical role in the success of the new superintendent. However, she added, that person needs to take the steps to get the schools in the district involved in the community, and the community involved in the school district.

"We're here to help, but we just don't know what we can do," McLean said. "There's a lot here, so we just need to someone to realize that and run with it."

Although noting that the new superintendent must have a set of values and strong character, Brooks said if he were conducting the search, he would be looking for a more "seasoned" and "stable" individual.

"I don't know whether they need to be 45 or 55," Brooks said. "And I'm all for younger people advancing in the field. However, sometimes the situation is such that you need someone who has been tried in the fire. It makes a lot of difference."

If other community members are not able to attend one of the stakeholders meetings this week, Henderson said, there will be an online survey available at www.msbaonline.org people can complete.