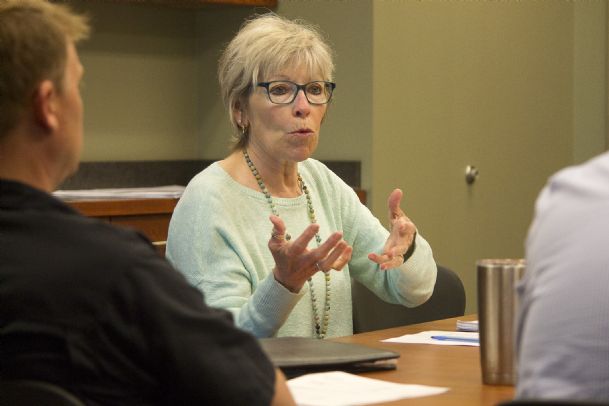 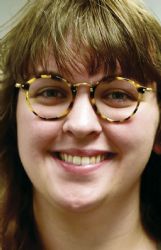 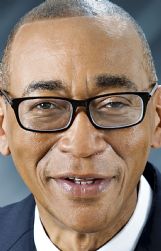 Starkville aldermen have accepted the terms of a settlement agreement for Starkville Pride's federal lawsuit against the city for denying its parade request.

Aldermen met Friday morning for a special-call session that included discussing the settlement.

Starkville Pride requested to hold a lesbian, gay, bisexual and transgender Pride parade on March 24. Aldermen initially denied the request, and the group sued, prompting the city to reverse its decision and allow the parade.

Mayor Lynn Spruill, speaking to local media after Friday's meeting, said aldermen voted 4-1 in executive session to accept the settlement, though she did not disclose how aldermen voted. She said that information will be available when the meeting's minutes are finalized.

Carver, who has consistently voted against Starkville Pride's request, confirmed to The Dispatch he voted against the settlement, saying he wished to remain consistent in his voting. He declined to comment further.

Spruill said the city has to pay $12,750 for the settlement agreement, which includes Starkville Pride's attorney fees.

"That's just the dollar figure," Spruill said. "I'm sure attorney fees are the majority of that, but there may be some travel or something else in there. I wouldn't even speculate on that."

Spruill told The Dispatch the agreement also includes a provision for her to issue a mayoral proclamation in support of LGBT History Month, which is in October, and proclamation in support of equal citizenship and equal treatment under the law. She said she is also to meet regularly with a liaison representing the city's LGBT community, which she said she is "certainly happy" to do.

Representatives for both the city and Starkville Pride reached preliminary settlement agreement terms during a May 16 settlement conference, according to court records.

Bailey McDaniel, a Starkville Pride organizer, said the group was forced to sue the city after the board's initial decision to deny the parade request.

"Now is the time to put this behind us and move forward," she said. "We are proud of this settlement and view it as an important first step in repairing relations between Starkville and its LGBT community. In the end, we are all neighbors."

Starkville Pride, a local LGBT advocacy group, submitted a request to the city to hold a pride parade in March. Aldermen initially denied the request at their Feb. 20 board meeting on a 4-3 vote.

At the subsequent meeting March 7, Little, who initially voted against the parade, abstained, allowing Spruill to break a 3-3 tie in favor of the parade proceeding on March 24 as originally planned.

In the intervening time, Starkville Pride filed a federal lawsuit against the city, claiming the city's refusal -- which was done without giving a reason publicly -- was for content-based reasoning and violated the First and 14th Amendment rights of Starkville Pride's members.

Starkville Pride's lawsuit sought an injunction against the board's initial decision, which aldermen reversed with the March 7 vote, and to have the city pay the group's legal fees for the lawsuit.

Little told The Dispatch after the March 7 meeting it was unlikely the city's legal liability insurance would pay those costs, and that played a role in his decision to abstain and allow Spruill to break the tie.

'It served as a distraction'

Spruill said she's glad to have the lawsuit behind the city. She added she'd like to focus on other issues, such as infrastructure and parks and recreation, which featured heavily in a budget work session that followed Friday's settlement decision.

"It served as a distraction and I'm delighted to have it behind us so we can focus on things like parks and moving forward in a very positive and big way, in my opinion," she said.

Joshua Matz, an attorney with the New York-based Kaplan and Company law firm that represented Starkville Pride, declined to comment on the terms of the settlement. However, he said he is pleased to see the case reach an agreement.

"The bottom line is that this is a fair and reasonable settlement that will redress my clients' injuries and allow Starkville to repair relations with its LGBTQ community," Matz said.

Perkins, who earlier this week said he was concerned that the board would approve the settlement, said he is disappointed the city did not try to fight the case and continue with a motion to dismiss filed in late April.

"It seems to me that the city, in my opinion, became frightened when the lawsuit was filed," Perkins said. "There was never any effort to strongly defend the lawsuit on the part of the city. If the city had gone froward with the motion to dismiss, we would've won. Why file it if you're not going to pursue it?

"I do not think the city overall gave it's best efforts in trying to bring this case to its proper conclusion," he added. "I give the city of Starkville an 'F' on outcome. The city flunked the test -- they voluntarily flunked the test."