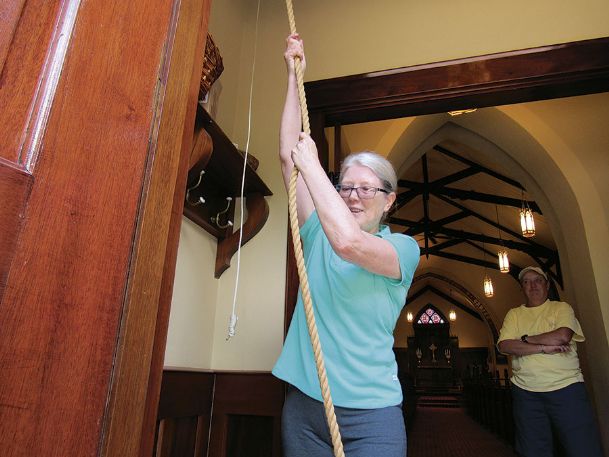 Rev. Anne Harris, St. Paul's Episcopal Church rector, rings the church's bell at noon Tuesday in memory of civil rights activist Medgar Evers. Evers, who received many death threats because of his work, was assassinated outside his home in Jackson on June 12, 1963. "I saw this as an opportunity to do something public that honored Medgar Evers and the civil rights movement, showing we are still working toward reconciliation," Harris said. Harris was one of four St. Paul's parishioners who volunteered to help ring the bell a total of 55 times, the number of year's since Evers' passing. Photo by: India Yarborough/Dispatch Staff