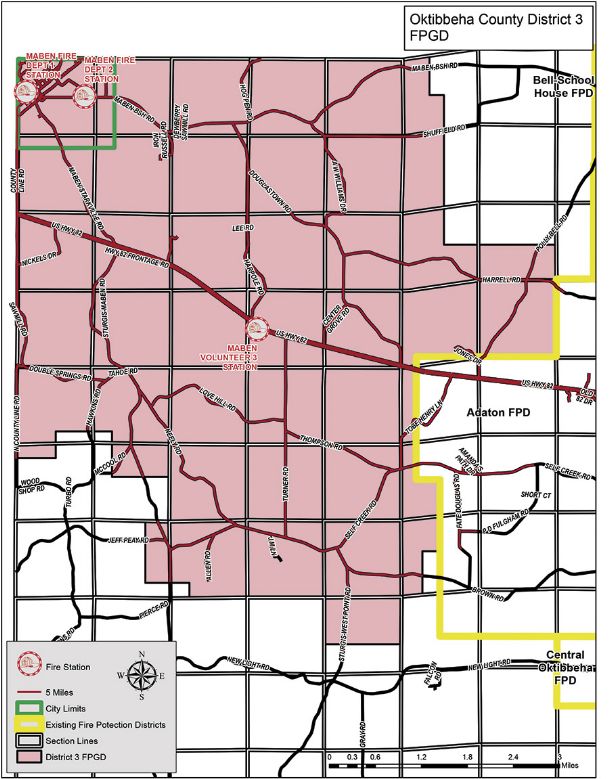 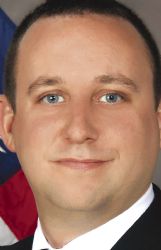 Oktibbeha County has a new fire protection district that will serve 37 square miles in the northwestern part of the county around Maben.

Austin Check, a training officer with the county's volunteer fire departments, announced the creation of the District 3 Fire Protection Grading District on Monday. The district includes 552 residences and 11 businesses, Check said, and covers a large portion of supervisor districts 1 and 3.

To coincide with the creation of the district, the Mississippi State Rating Bureau has awarded the District 3 Fire Protection Grading District a Class 9 fire protection rating. The bureau rates fire districts on a scale of 1-10, with 10 indicating the least fire protection.

With the improved rating, Check said, properties with fire insurance should see their premiums decrease by about 5 to 10 percent.

"We're always trying to improve fire ratings in the county," Montgomery said. "Ultimately, it saves on insurance costs and helps the community by keeping money in the community and making it a safer place.

"This is in mine and (District 3 Supervisor Marvell Howard's) districts and we're obviously very happy about that, but countywide we're trying to improve our fire ratings," he added. "This is just the next one of those, on top of purchasing fire trucks and recruiting new volunteers to help improve the ratings."

Howard could not be reached for comment by press time.

Check said the district is preparing for testing to see the rating improved to at least Class 8.

"We're currently training in-house for that exercise," he said. "We'll do a couple of runs in-house and then we'll do with it with the rating bureau here."

The exercise is similar to one Sturgis' volunteer fire department performed in May. That exercise saw District 4 Fire Protection District's rating improve from Class 9 to Class 8. Check said he's hopeful that it will improve again to Class 7 over the coming year or so.

"That's great," he said. "The big change is from 10 to 8. That will probably drop again in the next year. There are a few administrative things to take care of -- nothing on the fire protection side."