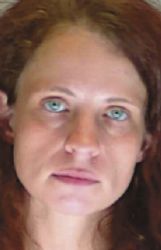 A Columbus woman is in jail after allegedly spending more than $3,000 with a credit card she opened under someone else's name.

Last month, investigators received a report from a Ben Christopher Road resident that he was receiving letters from credit card companies he had never applied for cards with, according to an affidavit from Lowndes County Justice Court. The victim showed investigators letters that said applications had been issued in his name and one company, Capital One, granted him a card with a $10,000 limit.

At the time the victim reported the identity theft to police, $3,000 had already been used, the affidavit said.

When reached by the victim Capital One representatives identified Shaw as the person who opened the account, the affidavit said.

Shaw has been released from Lowndes County Adult Detention Center after posting $10,000 bond.