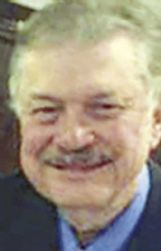 A Lowndes County jury awarded $2.4 million to the plaintiff in a medical malpractice lawsuit against a Columbus obstetrics and gynecology doctor Friday.

According to circuit court records, Hamilton resident Talanda Blevins sued Dr. James Holzhauer for negligence in 2016, two years after her uterus ruptured while she was at Baptist Memorial Hospital-Golden Triangle giving birth. After Blevins delivered the baby, Holzhauer performed four surgeries within a few hours, the last of which was an abdominal hysterectomy, in an attempt to stop Blevins' blood loss.

The same day as the hysterectomy, another physician performed a fifth surgery, during which, Blevins argued, the physician had to repair damage to Blevins' bladder and other organs which had been caused during the earlier surgeries.

Nine of the 12 jurors ruled Holzhauer had been negligent and that Blevins should be awarded damages.

In February, Baptist suspended Holzhauer's OB privileges permanently, though hospital spokespeople declined to release an official reason for the suspension. Representatives from Baptist did not answer calls from The Dispatch regarding Holzhauer's trial.

Holzhauer owns a private practice on Willowbrook Road. A spokesperson from North Mississippi Medical Center said Holzhauer has applied for privileges at NMMC-West Point but has not yet been approved.

During the trial, which lasted several days, Holzhauer maintained he had followed appropriate standards for care, even testifying in his own defense.

"Every time I acted in the best interest of the patient," he said on the stand.

But Merkel argued Holzhauer had induced labor before the baby's head was in the proper position, waited too long to perform a cesarean section, did not perform the hysterectomy when he should have and left the patient's bedside multiple times to go home while she was still bleeding severely.

"There's just a lack of care," the attorney said.

Merkel called multiple witnesses, including the nurse who attended Blevins during labor and area OBGYN Dr. Pamela Lacy, who is Blevins' cousin and who visited Blevins in the hospital between her surgeries. At one point, Merkel said, Lacy called Holzhauer and told him to come back to the hospital, saying if he waited until the next morning "she'll be dead by then."

Lacy told the jury the standard of care would have been to perform a hysterectomy immediately after the uterus ruptured. However, Holzhauer's attorneys pointed out Lacy was biased in favor of her cousin and that in a similar circumstance, she had performed a hysterectomy which had not stopped her patient's bleeding.

The fact that Blevins is alive and her baby was born healthy is evidence that Holzhauer had not been negligent, they argued.

"I think it's a lot more likely that what he did was reasonable and timely," said Flowood attorney Whitman Johnson.

"The baby was perfectly fine and the problem was mama had an unavoidable rupture," he later added.

Johnson said uterine ruptures are very rare and often result in the death of either the mother or baby.

"(Holzhauer) was using his best judgment in a difficult situation that, quite frankly, he had never seen before," Johnson said. "Most people haven't."