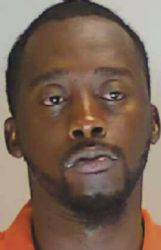 A Brooksville man was arrested over the weekend after he allegedly attacked a woman with a knife.

Police arrested Lane at a home on Waterworks Road Saturday.

Lane is currently in custody at Lowndes County Adult Detention Center on $2,500 felony bond for cocaine. No bond has been set for the felony domestic violence charge.