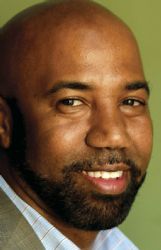 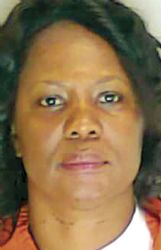 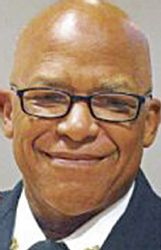 Columbus Councilman Stephen Jones improperly obtained hundreds' of dollars worth of merchandise in less than three weeks from the Bargain Hunt on Highway 45, according to store records and surveillance footage.

That includes $373 worth of items that were scanned at the register then deleted from the invoice before Jones paid, as well as several other items security footage shows were never scanned that Jones took past the point of sale.

In each case -- which included five instances between Aug. 22 and Sept. 6 -- Jones checked out at the register of Sharon Renae Smith, 51, a former Bargain Hunt cashier being charged with felony embezzlement for allowing at least seven customers to leave the store with more than $3,000 of unpaid items over several months.

The Dispatch obtained the store surveillance footage and invoice records, as well as credit card receipts from those transactions, in response to a Mississippi Public Records Act request. All are part of Columbus Police Department's investigative file in the embezzlement case against Smith.

Invoices obtained clearly indicate which items were deleted after they were scanned, as well as each customer's method of payment. The credit card records released to The Dispatch all match the amounts the store invoices said customers paid for transactions where the card was used.

CPD Chief Fred Shelton announced the embezzlement investigation, and released investigative reports that listed Jones and his wife, Stephanie, among the customers who benefited from the alleged crime, during a press conference on Tuesday. At that time, Shelton said Bargain Hunt only intends to pursue charges against Smith and the customers would likely not face prosecution.

Jones, who has represented Ward 5 since 2016, has denied any wrongdoing, asserting in a previous interview, "I paid for all my stuff" and suggesting his being implicated was an effort to smear his name. He said he doesn't personally know Smith.

He told The Dispatch he still hasn't seen the police reports or surveillance footage, but otherwise declined to comment, citing advice from the attorney he has retained. Jones also declined an offer from The Dispatch to watch the videos with reporters at the newspaper office and explain his side of the story, again saying his attorney advised against it.

Smith turned herself in after Tuesday's press conference and has been released on bond from Lowndes County Adult Detention Center.

In a statement Saturday to The Dispatch, Shelton said police are still investigating how Jones benefited from letting customers leave Bargain Hunt with unpaid items.

What the surveillance videos show

Surveillance footage, which includes no audio, shows in the most recent incident involving the councilman, on Sept. 6, Jones and an unidentified female approach Smith's register with a buggy containing several items -- among them a large box, a bag of lawn fertilizer and another bag of similar size.

Smith scans the fertilizer and appears to attempt to scan the large box while it is in the buggy, but it doesn't appear on the invoice as scanned. The second bag of goods in the buggy is never scanned, and Jones pays only $9.63 with a credit card before leaving.

Jones appears to direct the male employee to the parking lot, and after he is out of the frame, Smith scans in the HEPA filter -- priced at $105 -- and promptly deletes it from the invoice, records show. Another large box in Jones' buggy is never scanned, and Jones pays a total of $11.77 in cash for toilet paper and a grounding household plug before leaving the point of sale with all the items.

On Aug. 29, Jones comes to Smith's register with three items in his buggy, all in large boxes. Smith scanned one box, a Ninja cooking appliance priced at $67.50, and twice scanned a tag on the counter beside the register that the invoice shows rang up as two pair of women's shoes priced at $5 each.

Smith never scans the other two boxes in the buggy, and she deletes the Ninja appliance before completing the sale, for which Jones pays $10.70 via credit card.

The earliest incident involving the councilman, on Aug. 22, involved a washer, an electric fireplace table and a 20-ounce Fanta, all of which Smith scanned before deleting the fireplace table and the drink -- priced at a combined $200.50. Jones paid only for the washer ($84.53 including tax) before leaving the store with all three items.

Video shows Stephanie Jones, the councilman's wife, checking out on Aug. 21 at Smith's register. She pays a total of $20.86 for clothing, swimwear and laundry detergent. But Smith deletes two other items of detergent -- priced at $20 total -- and never scans three packages of what appear to be blankets or bed linens.

Stephanie leaves the point of sale with all the items, the video shows.

For the Bargain Hunt investigation, The Dispatch has also requested body camera footage the city has not yet provided.

Multiple city officials indicated that footage would show an interview between a CPD officer who responded to the embezzlement report and a Bargain Hunt loss prevention employee.

Smith previously served time in federal prison after pleading guilty to conspiracy to defraud the government, according to federal court documents.

In 2007, she was sentenced to 40 months in prison, a year after she and six other women were indicted for multiple counts of conspiracy and fraud. According to the indictment, the seven defendants manufactured false bank checks -- including false names and other fake forms of identification -- which they used to purchase products at retail stores both in and outside Mississippi.

At the time of her sentencing, Smith was also ordered to pay $346,946 in restitution.