Illinois investigators believe 1976 murder victim may have had Columbus ties 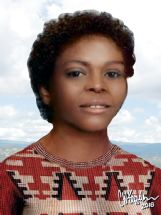 Authorities in Grundy County, Illinois, provided Columbus Police Department this picture of a homicide victim from 1976. The woman in the picture was found on Oct. 2, 1976 and could have ties to Columbus and Lowndes County. Authorities are asking the public's help identifying her.
Photo by: Courtesy image

Authorities in Columbus and Illinois are asking the public's help in identifying the victim in a 42-year-old murder case.

Investigators in Grundy County, Illinois believe a woman killed in 1976 may have had ties to Columbus and Lowndes County, according to a Columbus Police Department press release. The investigators reached out to CPD, provided a sketch of what the victim may have looked like and requested CPD circulate it in case anyone still in the Columbus area recognizes the victim.

"This unidentified black female was found in a ditch in a rural part of Grundy County and we hope that someone in Columbus and Lowndes County can identify her," Shelton said in the press release.

The victim was about 20 years old at the time of her death. She was found on Oct. 2, 1976, wearing an unusual sweater with the pattern shown in the drawing Grundy County authorities provided police.

Anyone with information on the case is asked to call Golden Triangle Crime Stoppers at 1-800-530-7151.