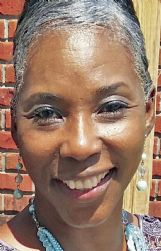 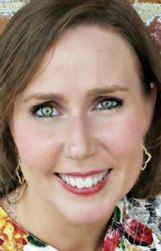 Renee Sanders has assumed the role of interim executive director for the United Way of Lowndes County.

Karen Stanley, United Way board communication director, confirmed Sanders was appointed by the board Thursday morning to serve as interim director. Sanders has been working with United Way as the Volunteer Columbus director since 2015.

United Way of Lowndes County serves as a fundraising and support arm for about 18 nonprofit agencies in the Golden Triangle.Â

Though Sanders will remain the volunteer director, she said she tackled some of the director's responsibilities earlier this year.

"We have not had a director since July 1, but somebody had to fill in the gaps," Sanders said. "I have been there supporting as much as I could, to handle both my position and trying to hold onto that position until they hired a full time director."

Danny Avery, former executive director, resigned June 29 for a position at a Starkville based hospice facility. Avery had served as director with United Way since April 2016. Since Avery's resignation, the United Way has searched for a replacement. Stanley said Sanders had already absorbed some of the director's responsibilities.

"She's been somewhat acting in the role for a while, but we wanted to make that official," Stanley said. "She's a very accomplished professional and is a huge asset to the community. We are all thrilled she was willing to step into that leadership role officially. She has shown that she is committed to the individuals and the families that the United Way agencies work with."

Stanley added the board will continue its search for a permanent director.

"We are still continuing the search with Renee's blessing, (and) she has been actively involved as we've been looking to find the proper candidate," Stanley said. "She obviously will always be a candidate if she chooses to be a candidate. It is by no means stopping our search, though. It is allowing us the time to vet and choose a candidate, whoever that candidate may be, that is the perfect person to step into that role."

Sanders hasn't ruled out pursuing the permanent director post, adding taking the helm as interim gives both her and the United Way a good idea of her abilities as executive director.

"What I'm doing is taking a little pressure off the board to find someone to fill that spot," Sanders said. "I feel good, not just about having the position, but actually helping the board find the right person for the job. I get to see if this is something I would be interested in doing as a full-time executive director and they get to see if I would be a good fit for that position. And if I'm not, that's OK. Then we're going to find the right person to do this job because we want to do right by the community."

Sanders said her main goal, right now, is to ensure the United Way reaches its $550,000 campaign goal to help fund its agencies.

"This is the season where we are appealing to the community to support the United Way with funds," Sanders said. "So that has been our biggest focus. Even though we don't have an executive director, we still need the support of the community. So speaking to different companies and having the desire to get out in front of more companies is what I'm looking to do. So I'm picking up those ropes and making sure the campaign is a success. And if the community is interested or willing to support, I, with open arms, welcome their views, opinions and their support."