Man dies in surgery after being shot in domestic dispute 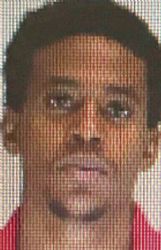 A Macon man died Saturday morning after being shot in what authorities are calling a domestic dispute at Greentree Apartments in Lowndes County.

Stevie Moody, also 26, of Columbus has been charged with manslaughter in the shooting, Lowndes County Sheriff's Department Chief Deputy Marc Miley and jail officials confirmed to The Dispatch.

Both Columbus police and Lowndes deputies responded to a three-vehicle accident at Lehmberg Road and Greentree Drive at about 7:14 a.m., where authorities noticed the driver of one of the vehicles -- Spann -- had suffered gunshot wounds. He was taken to Baptist.

While deputies were at the wreck scene, the press release said, they received a call from a female at Greentree Apartments reporting her ex-boyfriend had assaulted her and she needed medical attention. Deputies responded to the apartment and the female was treated for minor injuries that didn't require hospitalization.

However, deputies determined the domestic dispute at Greentree was related to the shooting and wreck. They later arrested Moody.

In a text message to The Dispatch responding to a request for more details on the shooting, Miley offered no more information other than the suspect's identity -- which was not included in the press release.

"The press release states that it is all under investigation. That is all we are releasing. Sorry," the text said.

Merchant told The Dispatch it appeared Spann had left the Greentree complex in his own car and drove a few hundred feet when his car collided with a pickup. The pickup then collided with a third vehicle.

Merchant said he didn't have any indication any occupants of the other two vehicles were seriously injured.