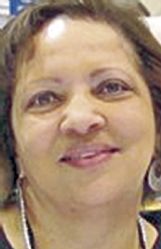 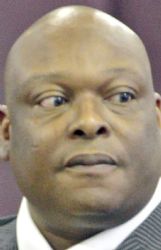 The Dispatch requested several public records related to the city's credit cards after Ward 5 Councilman Stephen Jones questioned card spending at a Dec. 18 council meeting, questions that caused him to vote against the claims docket until he received more clarification.

Chief Financial Officer Milton Rawle, prior to that meeting, had provided Jones an antiquated list of cards and cardholders -- one that showed former police chief Selvain McQueen holding three city cards, even though he hasn't been employed with the city since 2014.

The city holds 20 total credit cards, according to an updated list Rawle provided The Dispatch. Each department head has access to a card, and the police and fire departments have access to two cards each.

With the exception of Mayor Robert Smith's card, no single person is named as a cardholder. Rather, they are specified by department. If a department head leaves city employment, the card that employee uses is simply transferred to his or her replacement until it expires, Human Resources Manager Pat Mitchell said. The cards currently in use were issued in 2016 and expire in 2020.

Each employee or official must sign a cardholder acceptance agreement when issued a card, Mitchell said, accepting responsibility for the card and its purchases.

"Credit cards are used for hotels and registrations where it involves travel," she said. "They can be used for online purchases when items can't be found locally or in stores (like Fred's and Dollar General) that do not accept purchase orders (for which the city is invoiced monthly)."

In credit card statements dated Oct. 2, Nov. 2 and Nov. 30 the city provided, expenses seem to follow that track. Those cards accounted for more than $48,000 combined in those three statements.

Editor's note: An earlier version of this story highlighted individual expenses by two public employees without giving proper context and suggested those expenses were inappropriate. The reporting for this story did not uncover any inappropriate credit card usage by city employees.