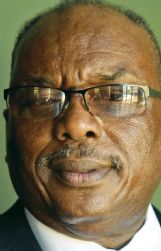 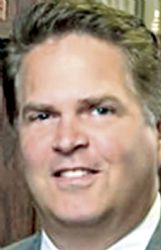 If Columbus officials have their way, the city's restaurant sales tax will jump to 3 percent over the next 10 years.

City councilmen on Wednesday unanimously approved a resolution asking for an additional 1-percent levy on the sales tax on prepared food and beverages so that the funds could be used for operations and maintenance at the Sen. Terry Brown Amphitheater, as well as for street work and other infrastructure.

The new levy would be in addition to a 2-percent restaurant sales tax bill also going before the Legislature, which is meant to provide funds for tourism, recreation and economic development in the city and county.

If approved, both taxes would only be collected from customers of businesses in the city limits where annual food and beverage revenue is at least $100,000.

The 1-percent levy, however, would be "used only by the city and not shared by other entities," City Attorney Jeff Turnage told councilmen Wednesday.

Turnage said Rep. Jeff Smith (R-Lowndes County), chair of the House Appropriations Committee, has agreed to prepare and present the legislation in Jackson once the legislative session opens next week.

The Dispatch could not reach Rep. Smith for comment by press time.

A 1-percent tax could raise as much as $1 million for the city in just the first year.

If approved, the tax would specifically pay for upkeep at the amphitheater, where the stage is already built, Turnage said. Once seating and other amenities are added and the amphitheater can be used to host paid events, the city can use the 1-percent funds to hire a company to manage bookings for the venue.

Turnage said other cities, such as Tupelo, Jackson and Starkville, have either asked for or have secured similar levies from the Legislature. Starkville, specifically, is asking for a 1-percent increase to its food and beverage tax to help build a sports complex.

"There seems to be a sense down there (in the Legislature) right now to get these types of things done," Turnage said. "So it seems like the timing is good."

Mayor Robert Smith, speaking to The Dispatch, said he's optimistic, albeit not certain, the Legislature will approve the 1-percent tax. In any case, he said, it doesn't hurt to ask.

"You have not because you ask not," he said.