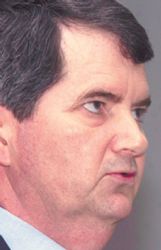 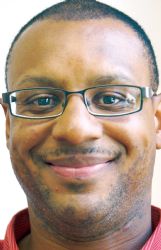 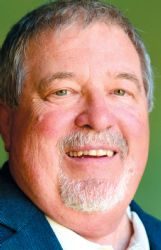 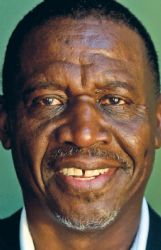 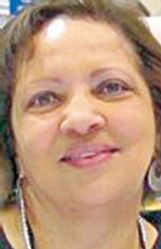 Councilmen last week unanimously authorized Mayor Robert Smith to sign a contract with Mike Crowder for financial consulting services. The job will be "part-time," though no set hour amount was discussed.

Crowder, who now lives in Macon, Georgia, will work alongside Rawle Jan. 14 and 15, before Rawle's suspension begins Jan. 16. He has consulted the city previously, most recently in the interim between former CFO Mike Bernsen's resignation in December 2012 and Rawle's hire four months later.

"Mike Crowder is an exceptional hire," Ward 6 Councilman Bill Gavin told The Dispatch. "He has assisted the city the past. ... Pretty much what he's going to do this time is keep the bills paid and payroll paid.

"For a professional service, $100 an hour isn't bad," he added, noting the city would not be paying for Crowder's benefits.

The council voted in December to suspend Rawle for 16 working days without pay, citing poor job performance, then deferred the suspension to begin this month. Specifically, councilmen took issue with not being more clearly made aware of the city's fiscal standing before November, when the CFO revealed Columbus operated at a near-$881,000 deficit in Fiscal Year 2018 (which ended Sept. 30).

Since the city operates on a four-day work week, Rawle's suspension will span four calendar weeks. His annual salary is $75,316, which translates to $36.21 per-hour before benefits.

The Dispatch could not reach Crowder for comment by press time.

Instead, he said, the city should look into hiring a permanent part-time city clerk to help Rawle once he returns to work.

"What happens six months from now?" Mickens told The Dispatch after the meeting. "(Rawle) needs help. Ain't no doubt about it.

"Most cities our size have a CFO and a city clerk (one in each position)," he added. "I think Mike (Crowder) is great and thank God he's willing to come and help us. But if we had somebody trained in that office for those duties who was already on staff, we wouldn't be having to pay this $100 per hour."

The Dispatch checked with Starkville, Oxford and Tupelo. In all three cities, the CFO also serves as city clerk. In Oxford, that office also collects property taxes, a role Columbus outsources to Lowndes County.

Human Resources Manager Pat Mitchell has partial training as a municipal clerk and is the city's deputy clerk of record. The city also employs separate clerks to assist with payroll, accounts payable and accounts receivable.

"Pat is not used to doing this job on a day-to-day basis," Gavin said in defense of contracting with Crowder. "She is there (to serve as deputy clerk) for emergencies, and while this is an emergency in a sense, it's a 16-day emergency, not a two- or three-day emergency."

Gavin added he does not support Mickens' idea of hiring a part-time clerk, either.

"I think Milton has plenty of help," he said. "I think Milton does a good job, and if I didn't have confidence in him, I wouldn't support him. ... That $881,000 deficit caught us by surprise and he has to keep us better informed. That's all this is about."

Mayor Smith declined to comment. Neither Rawle nor Mitchell would speak on the record, instead referring The Dispatch to city public information officer Joe Dillon, who would not provide additional information.

Further, multiple city officials confirmed Smith would not allow Mitchell or Rawle to answer interview questions for this article, even when The Dispatch, upon Dillon's requests, submitted questions for them via email.