Miller resigns as Ward 5 alderman to take job on coast 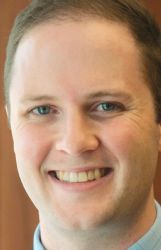 Ward 5 Alderman Patrick Miller is resigning from Starkville's board of alderman take a job in Biloxi.

Miller submitted a letter of resignation to the city on Monday. His resignation is effective immediately.

Miller confirmed his resignation to The Dispatch. He said he's taking a job as director of advancement for St. Patrick High School in Biloxi. He currently works with Mississippi State University's Extension Service overseeing municipal programming, and part of his work includes a role as the director for the Mississippi Institute of Municipal Clerks.

He said he's proud of the work the city has accomplished in his time on the board of aldermen, from an increased digital footprint to adjusting the utilities rate structure to help fund a massive infrastructure project.

"I've been incredibly proud to serve with Mayor Lynn Spruill and the board of aldermen," Miller said. "We have accomplished more in two years than some cities I've seen in my work across the state do in 20 years."

Mayor Lynn Spruill said Miller has been an invaluable alderman.

"He's been a wonderful board member and it is our loss," she said. "I'm very pleased that it's a positive move for him, because in the scheme of things, if it's best for his family and him, then I certainly wish him all the best."

With Miller's resignation, the board will operate with six members for now. Spruill said the city will consider a date for a special election to fill Miller's seat at today's board meeting. She said she hopes the city can set the special election on the same date as a referendum to increase the city's 2-percent tourism sales tax, which aldermen will also consider today.

"I'm hopeful that our special election can coincide with our referendum so we aren't holding two elections," Spruill said. "But we'll have to see what those dates would be and how that would make sense for us."

Miller, who is originally from Ocean Springs, has lived in Starkville 12 years. He served as Ward 5's commissioner on the Planning and Zoning Commission for 2015-17, before winning election as an alderman. He followed former Ward 5 Alderman Scott Maynard, who opted not to seek another term. Miller also coached travel basketball for years while in Starkville.

During his time on the board, Miller led the aldermen on a number of issues that have led to changes in city policy. He introduced a change to the city's parking ordinance, which was approved and enacted last summer, to set residential parking by the number of dwelling units, rather than square feet.

He also encouraged board members to look at adjusting the city's hunting ordinance to allow for using firearms on certain properties in annexed territory. Aldermen approved the change earlier this year as the city continues to consider annexing land to the east.

Miller's fellow aldermen spoke well of him after learning of his departure from the board. Ward 1 Alderman Ben Carver said he's enjoyed working with Miller.

"It's been a pleasant experience," he said. "Any time you have younger people running for boards and commissions, it brings an energy and a vibrance to the board. He's young in his career and already has a lot of experience."

Ward 2 Alderman Sandra Sistrunk said Miller has been easy to work with. She said his calm, thoughtful demeanor was a benefit for the board.

"I think Patrick has done a wonderful job," Sistrunk said. "Especially as a first-time board member who hit the ground running. He is very thoughtful and deliberate in what he does. He's very knowledgeable about government, and we're going to miss him."