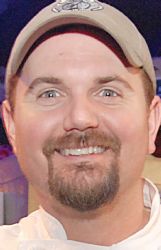 During Saturday's severe weather event that produced tornadoes locally, a fight broke out between security guards and Bin 612 patrons as staff at the Cotton District restaurant and bar attempted to clear the building and close.

A video that has spread across Twitter, Facebook and YouTube shows security guards, hired by Bin 612, yelling profanity at the patrons. Meanwhile, patrons were either refusing to leave the building or milling the streets. In the video, someone is yelling at patrons to "get out" and no one appears to make clear where they are supposed to go.

The restaurant has taken a beating on social media ever since, both from people who claimed to have been there and others who simply saw the video afterward.

A Mississippi State University student, going by the handle "Sara Beth," posted on Twitter shortly before 1 a.m. Sunday that she was kicked out of the restaurant. She claimed a bartender stood on the bar and announced "a big storm" was coming and patrons needed to leave.

"I was at Bin 612 (Saturday night) when the tornado hit and everyone inside was yelled at by the people working and shoved out into the storm," she wrote. "I was forced outside when the tornado was hitting campus and had to find another place to seek shelter after getting kicked out. Not OK."

Ty Thames, chef and owner of Bin 612, acknowledged to The Dispatch his staff and the six contracted security guards on duty that night all could have handled the situation better. He maintains, however, the goal was to get the patrons to take shelter in a parking garage across the street -- not to simply turn them out into the storm.

Thames said he monitored the weather and kept in touch with meteorologists throughout Saturday. As severe weather approached, his and other Cotton District establishments opted to close.

Bin 612 was not a safe shelter, he said, and the basement has limited space, though it did shelter 15 people Saturday.

"Given the wall-to-wall glass windows, it's not a tornado shelter and needed to be evacuated," Thames said. "We were trying to get everyone out. The parking garage was 50 feet away, and everyone I spoke to was telling me that was much safer."

Bin 612 attempted to close at 9:55 p.m. -- about the same time a tornado touched down in the Craig Springs area southwest of Starkville -- and Thames said restaurant staff told patrons to seek appropriate shelter, including at the parking garage.

However, the attempts to get patrons out were not entirely successful, and as the storms grew closer, tension rose and security grew more abrasive with the crowd.

The situation escalated to a point where Starkville police were called to the scene at about 10:31 p.m. to break up the fight. That was after a pair of tornadoes that touched down near Starkville had dissipated. However, severe thunderstorms were still in the area.

A video SPD released shows the department's response to the call, as well as what appear to be patrons walking in the street.

An officer intervened in a physical altercation after arriving, according to SPD's statement, and pepper sprayed and physically subdued a male subject. The person was given medical aid and released.

"The Starkville Police Department did not initiate an evacuation of Bin 612, 612 University Dr., or any other business during this time," the statement says.

Thames said he contracts with Average Joe's Security to provide guards for Bin 612. The Dispatch could not locate any contact information for the firm, including on its Facebook page, by press time.

Thames said he is working to create and implement an evacuation plan for similar situations and to ensure that his staff is better trained to handle severe weather situations.

"I'm getting a couple of meteorology experts to come down and go through an evacuation plan to implement with all my staff," Thames said. "Hopefully in the future, this will be less of an issue. We will set up an escort program an hour before to get people to the parking garage."