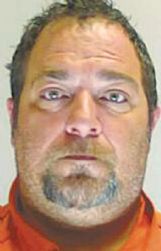 Jerry Burrus III, 43, has been sentenced to 15 years in the Mississippi Department of Corrections with 10 years to serve and five suspended. He will also spend five years on post-release supervision and have to register as a sex offender.

Dismissed were three additional counts of touching a child for lustful purposes and one count of sexual battery, according to court records.

Burrus was indicted a year ago. According to the indictment, Burrus molested a female minor on four separate occassions between September 2016 and March 2017. The indictment does not indicate the victim's age, but says Burrus "occupied a position of authority over her."