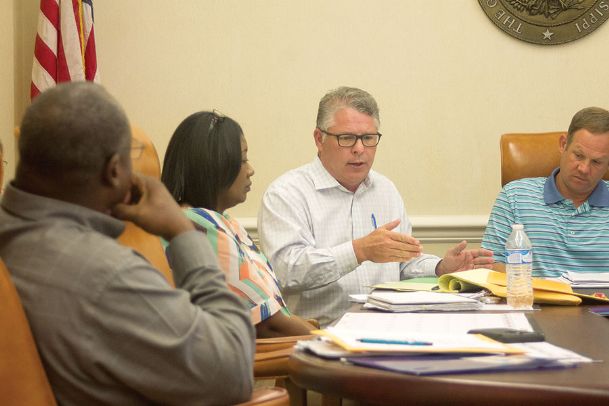 Oktibbeha County Board of Supervisors Attorney Rob Roberson talks during Monday's meeting. The board voted to resolve an issue with bridge panels that were given to Walt Starr in 2017. Photo by: Alex Holloway/Dispatch Staff 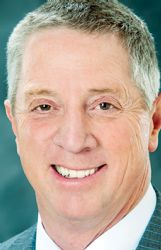 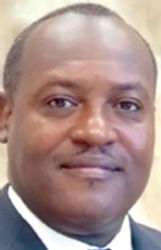 Oktibbeha County supervisors approved a trio of motions on Monday that closed a lingering investigation into the county wrongly giving its property to a private citizen.

The county has been under investigation for an agreement supervisors made in the fall of 2017 to give metal panels from a bridge on Reed Road to Walt Starr, who owns property near the bridge.

Starr lives in District 3. Supervisor Marvell Howard, who represents the district, asked Starr to use the property as the project's staging area, for trucks, supplies and equipment as the county worked on a nearby condemned bridge. Starr granted the county an easement.

In return for the easement, the county gave Starr old metal panels and beams that were removed from the bridge. However, the county can't legally give away materials to private citizens, and the transaction prompted an investigation from the State Auditor's Office.

Board Attorney Rob Roberson said during Monday's meeting the auditor's office ultimately decided to leave the matter to Oktibbeha County to resolve.

"Their exact words to me were, 'You need to get this dealt with in as financially feasible a way and proper way as you can,'" he said. "This is what I'm attempting to do."

As part of resolving the case, Roberson said, the county had the panels evaluated and priced at a salvage rate. He said there are seven panels, which weigh a total of 14,500 pounds. They were priced at $9.50 per 100 pounds, for a total of $1,377.50

Roberson presented three motions to the board -- to set the bridge panels' value at the salvage rate; to recognize the county damaged Starr's property; and to give Starr the panels for value and an additional $2,000 for the damage to his property.

While the county is not selling Starr the panels, Roberson said it is using their value to count toward the damages agreed to with Starr, instead of just giving them away as it previously had.

The first two motions passed 4-0, with Board President Orlando Trainer absent. The final motion, to give Starr the panels and money, passed 3-1, with District 1 Supervisor John Montgomery opposed.

Howard said he was glad to see the matter resolved so the county can move on from it.

"Through this, I think this shows that this board operates with integrity, and the audit department said as much by saying this is not a matter for the auditors but this is a matter that the board needs to go back and redo the process and make sure we crossed our Ts and dotted our Is," he said.

Roberson added that Starr sent the county a letter stating that $13,000 worth of damage was done to his property, in a damaged gate and damage to the ground from the construction vehicles. He said the final cost to the county was significantly less than it could have been.

Starr, who once referred to the investigation as 'Bridge-gate' said he was happy with the conclusion.

"They went out and figured out the amount of damages and made me whole," Starr said. "I'm satisfied. As far as I'm concerned, it's water under the bridge.

"No one was trying to do any harm to anyone," he added. "They were trying to do the right thing and I just got caught up in the middle."

Montgomery told The Dispatch after the meeting that he thought giving Starr the panels would have been enough to end the matter.

"I thought the bridge panels were sufficient to cover the damages and whatnot there," he said. "It was nothing more or less, just in my opinion, that was a fair deal -- to give him the panels in a wash."