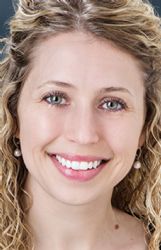 The university announced on Friday that Assistant Professor Kasee Stratton-Gadke, an internationally-recognized children's disabilities scholar, will follow Cirlot-New as the center's director.

Cirlot-New, who has served as the T.K. Martin Center's director since 2001, is retiring this month.

MSU Provost and Executive Vice President Judy Bonner said in the release the university is thankful for Cirlot-New's service to the T.K. Martin Center. She added that the Stratton-Gadke's experience and successes make her a strong fit for her new role as director.

"We are very excited to have her serve as director of the T.K. Martin Center," Bonner said. "Her record of success working with children and adults with disabilities will prove invaluable as she continues to lead the important work that the center offers across the state and region."

The university did not make Stratton-Gadke available for comment by press time.

The CHARGE lab, according to MSU's press release, is one of two international sites focused on educational, behavioral and quality of life research for individuals with the disorder and their caregivers. The autism clinic focuses on providing individualized behavioral, academic and life skill services to people with autism and other developmental disabilities, in addition to training parents, communities and MSU students. The clinic also conducts research to develop better evidence-based interventions for individuals with disabilities.

According to the university, Stratton-Gadke, with co-principal investigators, has secured more than $3.3 million in grant funding and $375,000 in training grants in recent years. Under her leadership, the autism clinic has gotten $325,000 in private donations.

Stratton-Gadke's appointment comes as the university continues considerations for the future of the T.K. Martin Center.

In April, MSU President Mark Keenum issued a statement in response to rumors swirling on social media that the university was planning to close the center or severely reduce its offerings.

At the time, Keenum said MSU has "no plans" to close the center and intends to keep it operating with the same programs it currently offers.

MSU Chief Communications Officer Sid Salter said at the time that the center was facing a funding crunch, due to the loss or reduction of grants that make up the bulk of its funding.

Since then, the university has been working to set funding plans for the center's future but has not commented on those plans publicly. Salter, in response to Dispatch inquiries on the matter, has said MSU will not elaborate further on the T.K. Martin Center's future until planning is complete.

In May, the university sent The Dispatch funding figures for the T.K. Martin Center's Fiscal Year 2014-15 through Fiscal Year 2018-19 in response to a public records request.

MSU representatives have, so far, declined to comment on the funding numbers returned through the public records request.

The T.K. Martin Center offers an array of services for individuals with disabilities, regardless of age.

The center also hosts Project IMPACT, an early intervention project that uses play-based assessments and a team of teachers and therapists to provide services.

The T.K. Martin Center's EXPRESS Yourself Art! program helps teach individuals with physical disabilities to paint. The program gained national recognition in the fall when one of its artists, Kendrell Daniels, designed a pair of cleats that Dallas Cowboys, and former Mississippi State, quarterback Dak Prescott wore during a football game.

Camp Jabber Jaw focuses on providing a way for children to develop improved communication skills through the use of augmentative and alternative communication devices.