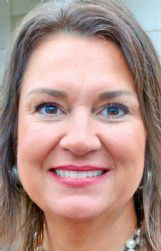 Longview Road appears to set for paving, pending approval from the Oktibbeha County Board of Supervisors at its next meeting on June 17.

The county opened bids for the long-awaited project on Friday morning and got a low bid from Columbus-based Phillips Contracting for $2.2 million. District 4 Supervisor Bricklee Miller said the county got seven bids for the project. However, one was improperly addressed and rejected at Friday's bid opening.

The project is now contingent on approval from the full board. But Miller said the county has funding in place to cover the project costs without raising taxes.

Miller said she and District 1 Supervisor John Montgomery, who she shares Longview Road with, allocated a combined $742,000 in state aid funding for the project. Oktibbeha County allocated an additional $250,000, and the state Legislature designated $750,000 in BP oil spill settlement money for the project last year. The funds amount to $1.74 million, and Miller said the county will get enough state aid money for the project to cover the remainder of the cost and give a roughly $150,000 buffer.

Longview Road's paving is the conclusion of a years-long effort that has, at times, frustrated county officials and the residents who live along Longview Road. Supervisors originally planned to used federal Surface Transportation Program funding for the project. However, the project appeared to be in jeopardy in June 2018, when the county de-obligated the matching state funds it had because the federal funding hadn't come down.

The Legislature allocated the BP funding during a special session in August. In October, the Office of State Aid permitted the county to move ahead with paving all of Longview Road.

"This is great for the citizens of Oktibbeha County and all the people who have worked on this project so diligently from our prior boards to our county engineer and state engineer, and even to the legislators who helped allocate the extra BP money for this project," Miller said. "I'm very grateful for them. I'm so excited I can't really put it into words."

Miller said county engineer Clyde Pritchard will likely present a time frame for construction at the next board meeting.

Montgomery said he was thankful to see the Longview Road project coming to fruition.

"It's going to be a construction zone in the near future, so that's going to have its own issues as well, but I'm glad we'll be working through that instead of trying to figure out where the money is going to come from," he said.

"There were people out there who were frustrated," he added. "We were frustrated too, when we had the money and then didn't. We had our victories and losses, but at the end of the day we won."