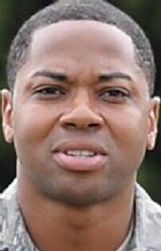 An Air Force major stationed at Columbus Air Force Base died Friday on a cruise ship owned by Princess Cruises in the Caribbean.

Major Stephen Osakue, 37, was found in a swimming pool aboard the ship early Friday morning and still had a heartbeat, but died shortly afterward, a representative from the Broward County, Florida, Medical Examiner's Office said.

Osakue, a Miami, Florida, native who worked as a research pharmacist at CAFB, had been with his wife on a Caribbean Princess ship, one of the models in Princess Cruises' fleet. The medical examiner's office representative, who asked not to be identified by name, said the ship was somewhere in the Caribbean at the time of Osakue's death.

He passed away on the ship, but wasn't officially pronounced dead until reaching port in Fort Lauderdale.

The South Florida Sun Sentinel reported Osakue had been drinking.

The medical examiner's office will run a toxicology report and tissue tests before drowning can formally be determined the cause of death.

In a statement Col. Samantha Weeks, 14th Flying Training Wing commander, provided The Dispatch on Tuesday, she said Osakue will be missed.

"Major Stephen Osakue was a valued-member of Team BLAZE, the Medical Group, and our pharmacy," she said. "He was an airman, a father, a husband, a son, a friend and so much more. This is a difficult time for many across the base, especially his family. Our thoughts and prayers are going out to his wife and children, co-workers, and friends."

The medical examiner's office plans to review video footage from the cruise ship, once Princess Cruises provides it. There were no witnesses to his death, the office indicated.

Representatives from Princess Cruises did not respond to questions about Osakue's death from The Dispatch by press time.