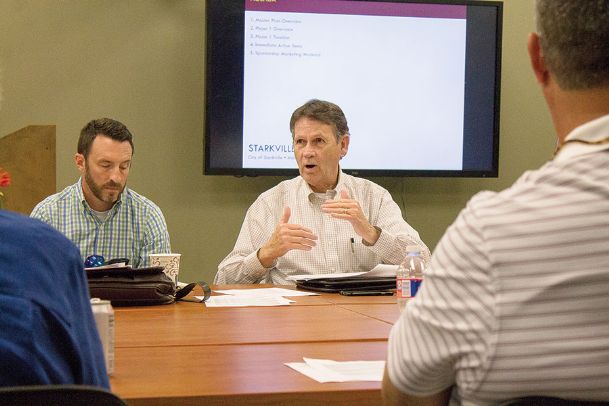 Dean Thomas, a principal landscape architect with Dalhoff-Thomas Design Studio, talks to city officials about Cornerstone Park during a Thursday morning meeting. The city is beginning to consider how it will build the new park. Photo by: Alex Holloway/Dispatch Staff 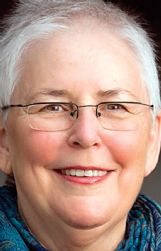 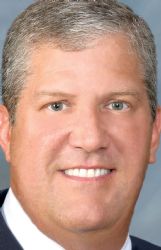 STARKVILLE -- Preliminary plans for Starkville's Cornerstone Park are taking shape after city officials met with designers from Dalhoff-Thomas on Thursday.

Cornerstone Park, which the city will build southwest of the intersection of highways 12 and 25 in west Starkville, will be a baseball and softball-focused recreation facility with an emphasis on hosting tournaments. The board of aldermen held a work session on Thursday morning to discuss plans for the park with Dalhoff-Thomas, a Memphis-based architecture firm that created the master plan for the new facility.

Items included in the first phase are projected to cost $17.5 million, according to a bid list presented at Thursday's work session. The total includes a 20-percent contingency for about $2.7 million. The new park is projected to be completed by spring or summer 2021.

Dean Thomas, a principal landscape architect with Dalhoff-Thomas, said the contingency is high, partially in the hopes of accounting for increases in the costs of some construction materials, such as steel.

"Some of the tariffs on steel -- steel has gone up 30-something percent," Thomas said. "There are a few other items that have kind of jumped. Materials are hard to get.

"We've decided to be conservative and go with 20 percent at this point," he added. "Hopefully that's high so we have money in there to do something with."

Ward 2 Alderman Sandra Sistrunk said the recently-approved 1-percent sales tax for restaurants and hotel/motels, which will generate revenue for parks and takes effect in August, and the 40 percent share of existing 2-percent funding the city gets for parks along with the other revenues generated by the parks -- sponsorships, tournament revenue, exclusivity agreements with vendors and so on -- should generate about $2 million to $2.1 million by Fiscal Year 2021.

"Depending on interest rates, terms of the bonds and how we go about all our various financing, we can carry up to as much as $21 (million) or $22 million worth of debt and still have about $800,000 to $900,000 left over to go toward park operation (in addition to the city's current funding)," she said.

Aldermen will choose what other items to add to the park, whether that's a larger playground, the championship field, an indoor multi-use building, a splash pad, or more fields.

Dalhoff-Thomas presented a number of alternates that could be added to the park. The tree that officials seemed the most interested in -- an expanded play area for children, the indoor facility and championship field, would add about $2 million to the expected cost.

Ward 3 Alderman David Little said he felt the championship field could help differentiate Cornerstone Park from competitors, such as FNC Park in Oxford.

"We've got to do something to distinguish ourselves from our peers," Little said. "That may be the single item that makes the coaches decide to say, 'Hey, I want my kids to have that experience.'

Thursday's meeting also focused on the future of the Sportsplex and McKee Park, both on Lynn Lane.

With Cornerstone Park's focus on baseball and softball, early plans are calling for the removal of all but two of the baseball/softball fields from the Sportsplex to make room for four additional multi-use fields that could be used for soccer or football.

At McKee, the city could remove some of the existing baseball fields to make room for more open play spaces, a new walking trail and a splash pad area.

In all, the changes to the Sportsplex and McKee Park are expected to cost about $2.3 million. However, Saunders Ramsey, an engineer with Neel-Schaffer, said final costs will likely depend on what the city decides to do with Cornerstone Park.