Monday Profile: Lifelong cook 'looking out for the kids' 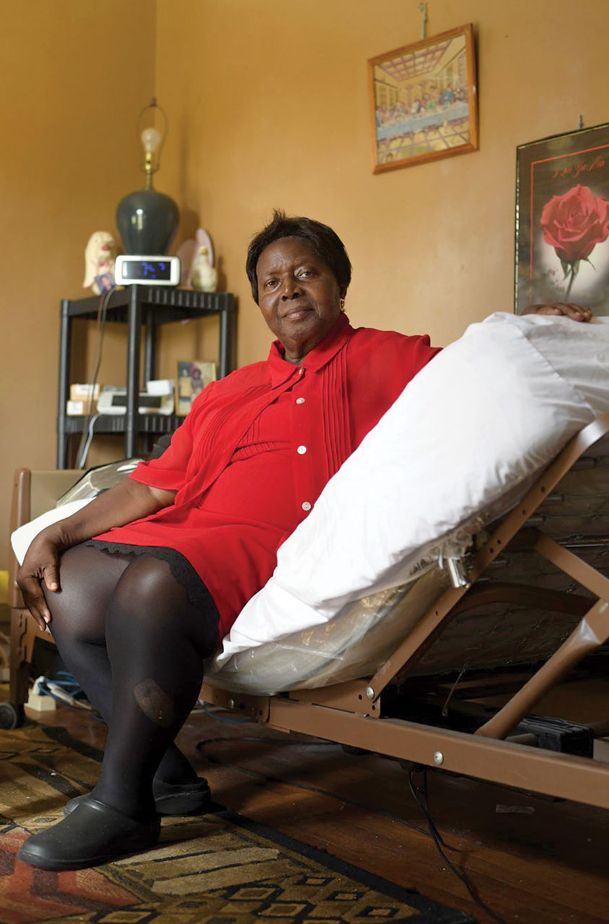 Ethel Stevenson sits in her home on Shady Street in Columbus Sunday. Stevenson grew up cooking in the Columbus area and now makes meals for the children and others in her neighborhood. Photo by: Jennifer Mosbrucker/Dispatch Staff

Columbus native Ethel Stevenson, 72, said she grew up in the city when it was "quiet" and "peaceful," when kids were in for the night at 5 p.m.

Seated in her living room Sunday afternoon, still wearing her cherry red church dress, she recalled early mornings on her grandparents' farm on Yorkville Road, while chewing and periodically spitting wads of tobacco into a plastic bottle.

Starting at 4 a.m. every day, she and her siblings, "too many to count," spent hours on end milking cows, chopping wood and picking corn and cotton in the fields. Sometimes she was late to school because of all the work she had to complete.

"Any kind of vegetable they had on that farm you had to pick until 5 (p.m.)," she said.

On that farm, her grandmother and grandfather, Mary Emma Williams and Frank Williams, taught her to cook, and it became Stevenson's lifelong passion.

"I love greens," Stevenson said. "We were raised on peas, black-eyed peas and speckled peas."

Her home-cooked meals typically include okra, rice and greens. Whatever she makes is smothered in gravy.

Peach and apple pies and "all kinds" of cakes are also her specialties.

Helping people, especially children, has been something Stevenson's cared about for a long time. She grew up with discipline in a strict household, and she wants to keep kids in the area out of trouble.

"Sometimes we would get a whoopin'," Stevenson said. "I learned from that. ... They need somebody to be looking out for them."

One of her jobs in Columbus was working at a daycare, caring for infants, toddlers and kids up to 6 years old. She kept that job for 17 years.

"White or black, I treated them like they was my own," she said.

Now, the mother of five, and a grandmother and great-grandmother to more than 20 children, cooks for kids out on Shady Street, in east Columbus, where she has lived for decades. She's not whipping up meals every day or every week, but "every day I feel like it."

"I don't care what color you were," Stevenson said. "If you were at my home, I was going to feed you."

As she spoke, Stevenson would periodically glance over to the kitchen and reprimand one of her present family members -- including her sister, brother-in-law and niece -- if they chimed in while she spoke.

"This is all I got right here," she said, looking at the family members chatting over lunch at the kitchen table.

Though she has family around her, she's lost a lot of the people in her life, evidenced by the line of funeral programs taped to her living room wall beneath a row of photos of loved ones who've been lost.

She still feels blessed, though.

"I've been through some storms," Stevenson said. "I'm here and I'm proud of it."