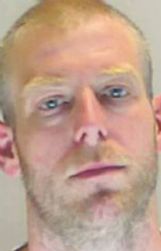 A Lowndes County man previously arrested by local authorities for child exploitation has pleaded guilty in federal court to having child pornography on his cell phone.

Lowndes County deputies arrested Nathaniel Kyles, 28, of Armstrong Road, in November after receiving a "cyber tip" and finding a DropBox account containing multiple photos and videos of what appeared to be children under 18 in sexually explicit positions. Though Kyles has not been indicted on the local charges, he was indicted for "transporting and shipping" child pornography across state borders and for possessing child pornography on his phone on Feb. 25. He pleaded guilty Wednesday and is scheduled to be sentenced on Nov. 13.

Kyles' is just one federal child exploitation case Lowndes deputies have assisted with this summer that has resulted in an indictment or conviction of someone exploiting area children, said Lt. Tony Cooper, with Lowndes County Sheriff's Office.

On June 28, Michael James Petrucci of Medway, Massachusetts was pleaded to coercing a minor to engage in sexually explicit conduct knowing the material would be transmitted over state lines. According to court documents, Petrucci spent March of 2017 trying to entice a Lowndes County resident under 18 to create and send sexually explicit photos to him.

Petrucci is scheduled to be sentenced Oct. 29.

Cooper also named Santa Anna, California, resident Ryan Abrams, who was federally indicted last week for trying to entice a 17-year-old from Lowndes County to send him sexually explicit of herself through social media such as Facebook, Snapchat and Instagram. Cooper told The Dispatch Abrams and the victim were in contact for three to four months earlier this year.

Abrams has been released from custody in California on $350,000 bond.