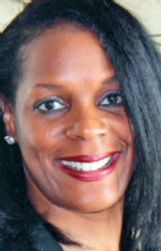 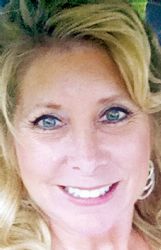 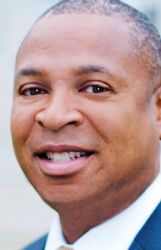 The Mississippi Department of Education released the test scores Thursday for the 2018-19 Mississippi Academic Assessment Program testing. The test includes English-Language Arts (ELA) and math scores for grades 3-8, as well as Algebra I and English II for the high school and middle school levels.

The test scores are separated into five levels. Students that fall into levels 1 and 2 did not pass the state assessments, whereas levels 3, 4 and 5 show students who passed.

CMSD Superintendent Cherie Labat said that CMSD identified reading as a weakness district-wide last year and took steps to improve those scores, including identifying students who are struggling early and referring them for help so they can catch up to their grade level.

"We have more ELA coaches now and we're using our federal dollars more strategically to improve instruction," she said. "We want to work on teaching our students at their grade level and not having to go back and work on things they've already learned. ... I think that because we've had so many students scoring 2s and 3s, (we had) gotten away from grade-level instruction."

On math exams, CMSD students made only slight gains from 2016-17 to 2017-18. District-wide, more than 50 percent of third grade students passed the math assessments, up from 49.2 percent last year. More than 50 percent of students in the fifth and sixth grades also passed the math exam -- 56.2 percent and 52.3 percent, respectively -- similar to last year, as well as the Algebra I exam, where 81.3 percent passed. Columbus Middle School had a 100 percent pass rate on the Algebra I test for the second year in a row, while Columbus High School saw 79.2 percent pass, up from last year's 74.2 percent.

Labat attributed the district's struggle with math to the fact that, in the 2018-19 school year, CMSD went without six qualified math teachers. Now that most of those positions are filled, she said she expects stronger scores going forward.

"Those gaps were felt on the math assessment," she said. "We have a full team this year so we're better off than we were last year. ... We're going to use data and metrics to assess needs and try to identify the best ways to assist students."

CMSD is also beginning a partnership with Mississippi School of Mathematics and Science mathematics instructor Lauren Zarandona. Zarandona will begin hosting 30-minute one-on-one sessions with CMSD math teachers to look over and help them with their curriculum and teaching on all levels, elementary through high school.

Labat said she thinks CMSD's accountability rating -- which MDE bases largely on test scores -- will improve this year, if only slightly. CMSD is currently a D district (the scores are on an A-F scale) and new ratings are due this fall. CMSD currently has one campus rated as F -- Stokes Beard Elementary School -- and three rated as D -- Fairview Elementary School, Cook Elementary School and Columbus Middle School.

"I don't think we'll be where I want us to be but ... we will be close," Labat said. "... We've gotten the first year under our belts last year, we know where our weaknesses are and now we can start working on them."

Highs in math included 86 percent of third graders passing -- up from 79.1 percent last year -- and 90.9 percent passing the Algebra I exam. Three grade levels -- fifth through seventh -- had more than a 90 percent pass rate on the math test, and every other grade was above 80 percent.

Deputy Superintendent Robin Ballard said the district does not focus on any one specific grade or subject area, and instead tries across the board to prepare students for testing. She attributes the district's continued high test scores to teachers that consistently monitor students' progress and try to correct problem areas early by referring students to interventionists to connect them with resources.

"We constantly work on our instructional practices by analyzing data and implementing best practices throughout our schools," she said. "... We're tracking students and our teachers teach like their hair is on fire. ... Excellent teaching happens here."

Ballard added that the district, which was less than 10 accountability points away from an A rating last year, is hopeful to achieve A rating accountability score this year.

"A lot of our teachers are more prepared this year to teach students at that grade level what they to know for the test," he said. "The leadership at our elementary schools have also worked with teachers to make sure they were prepared, and all of that shows."

Additionally, Peasant said, there has been an increased focus on ELA teaching in pre-kindergarten through second grades, which he believes also contributed to student readiness.

In math, most scores remained the same as last year -- hovering between 61 and 66 percent -- with the exception of seventh grade math and Algebra I, where more than 70 percent of students passed.

"We're trying to work out how to teach those eighth grade math skills while also preparing students for Algebra I," Peasant said. "There is some overlap there, but the skills and tools they're taught are different between eighth grade math and Algebra I. Algebra I takes different skills. ... And it's like with anything else, if you don't use it, you won't be as proficient. ... We had more students in Algebra I this year than we have in the past, and the scores probably reflect that."

Although seeing a district rating increase would be ideal, Peasant said SOCSD administrators are more focused on the students' grades than the district's.

"Since scores are what the state uses, we're hopeful we'll see an increase (in our rating), sure," he said. "But as far as letter grades go, our focus is on making sure students show at least a year of growth, if not more. However that comes out in the ratings is how it comes out."

SOCSD is currently rated a C overall. Its only A-rated school is West Elementary School, which hosts grades kindergarten to 5.

Overall MAAP scores trended generally upward from last year in West Point Consolidated School District. Passing ELA scores in every grade but fourth and seventh rose, with the most notable being an increase in eighth grade scores from 73.5 percent in 2017-18 to 80.7 percent in 2018-19. Math scores followed the same trend -- every grade's passing score percentage rose, with the exception of fourth grade.

Noxubee County School District's MAAP scores ranked among of the lowest 10 in the state this year in both ELA and math, and they fell almost across the board from last year's scores. The only grade with more students that passed the ELA test in 2018-19 than in 2017-18 was eighth grade. Only 48.3 percent of third grade students passed the ELA test, down from 67.9 percent in 2017-18. Passing math scores were evenly split -- four grades had more students pass than last year, while three did not. The highest percentage of passing students, which is also the largest improvement, was in Algebra I, where 76.2 percent of students passed, up from 54.2 percent last year.

WPCSD is currently rated a C overall. It has one D-rated school -- West Clay Elementary School. NCSD is an overall F-rated district that has been under state conservatorship since 2018.