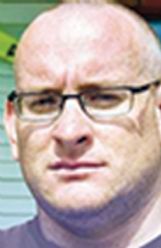 A Columbus police officer involved in a fatal shooting at a night club two years ago is not expected to face charges.

A spokesperson for the Mississippi Attorney General's Office confirmed Officer Jared Booth has not been charged for the 2017 shooting death of Raymond Davis, 24, of Columbus. The results of a state investigation into the shooting were presented to a Lowndes County grand jury, which decided not to indict Booth.

Booth shot Davis dead outside the Premier Lounge while responding to a call at the 22nd Street South night club at about 1 a.m. on Nov. 4. He has been on administrative leave from Columbus Police Department ever since.

Columbus Police Chief Fred Shelton said he has not officially been notified a grand jury did not indict Booth so he could not give The Dispatch an estimate of when the officer may return to duty.

Prior to the investigation, city officials had already said publicly they believed Booth had acted accordingly in the shooting, which occurred in a parking lot across the street from Premier Lounge. Multiple city officials said they viewed Booth's body camera footage.

It was apparently the second time that night police were called to Premier Lounge, and Booth was the first to arrive at the business. By the time he arrived, a large crowd had gathered outside the lounge.

Sources previously told The Dispatch that Booth, upon arriving at the scene, approached a security guard. However, when he heard two shots fired, he ran across the street where Davis was fighting over a gun with two other men. Booth told them to get down, the other two men let go of the gun and Davis turned with the gun pointed at Booth.

Booth then fired more than once, though sources weren't clear how many times he fired or whether he was the only one who fired.

Davis was taken to Baptist Memorial Hospital-Golden Triangle where he was pronounced dead less than an hour after the shooting.

Bystander Morkiter Jones, who was in a nearby vehicle, was hit in the leg with a stray bullet, but was not critically injured. She has filed a federal lawsuit against Booth, the City of Columbus and CPD requesting a jury determine whether she should receive damages, alleging excessive use of force, multiple violations of her constitutional rights and gross negligence, among other charges. That case, which was filed in November 2018, was dismissed in March.