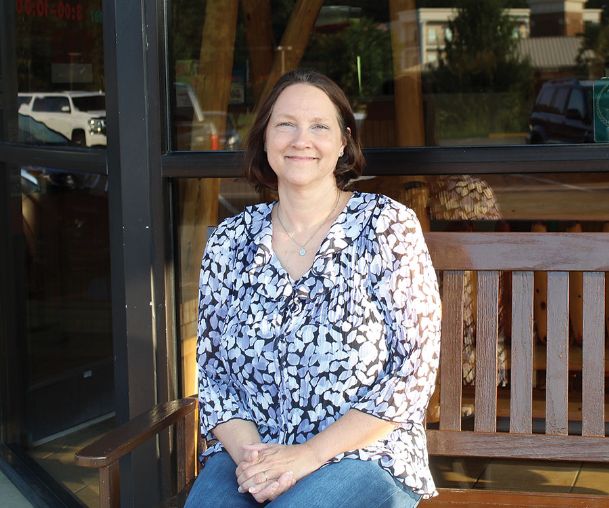 Janie Williams sits outside a restaurant in Columbus while waiting on family to meet her for dinner Sunday evening. Williams has worked with children her entire life, as a teacher and tutor and a caretaker for babies awaiting adoption. Photo by: Isabelle Altman/Dispatch Staff

In the coming weeks, Janie Williams is going to have to baby-proof her house.

"She's trying to crawl," she said of her youngest granddaughter, who Williams keeps regularly while the baby's parents are at work.

Luckily, Williams is no stranger to small children and their many curiosities. The longtime Columbus resident has been working with kids one way or another for most of her life.

She taught kindergarten for 17 years in three different states, tutored children in reading at Sylvan Learning Center, raised four children of her own, regularly watches grandchildren and even, for a few years in the 1990s, opened her home to new babies awaiting adoption.

"I love getting to know the children," Williams said. "Each one of them is unique. Most children learn in a unique way also. ... That's interesting to discover what works for each child and to help them learn."

With children, she said, there are few dull moments and plenty of stories to tell.

Williams can remember one day when she was teaching kindergarten when the fire alarm went off for a drill. She had just put her students down for a nap. She and her assistant spent eight minutes -- they only had three minutes to get out of the building -- trying to gather the kids and their shoes.

"My assistant and I ended up picking about two kids each and carrying them outside because they were still asleep," Williams remembered.

One of her favorite things about teaching and tutoring, she said, is discovering how each child learns best and then watching their confidence grow.

"It doesn't matter if it's one-on-one or a classroom of 27," she said. "When you see the light bulb go on, when you know that they have learned something and understand it ... that's a remarkable moment.

"I think that we try way too hard to push square pegs into round holes," she added. "Not everybody learns at the same time and accomplishes the same things at the same schedule. That's so true in kindergarten. You may have a child that just turned 5 in August and a child who's going to turn 6 in September. There's a world of difference between those two children and how they do things. You have to try and accommodate all the learners."

But another way of reaching children came to Williams and her husband Danny in the 1990s, when their oldest three children were still living at home. Their church, Main Street Presbyterian, helped private adoption organization Bethany Christian Services get an office started in Columbus.

The organization asked for church members who could open their home to brand new infants given up for adoption, while the service tried to find homes for them. Williams' family stepped up.

After going through the same background checks and interview processes that adoptive parents would have, they ended up keeping seven newborn babies at different periods over four or five years.

"We kept them anywhere from a few days to a few weeks while the paperwork was being done for them to be adopted," Williams said.

It was sometimes hard to give the babies up, she said.

"You do get attached to them," she said. "I knew they were going to great homes."

Caring for those children she knew couldn't be her own led to a more permanent change in her own family, she said.

"Because of the blessings that we saw through adoption, our youngest is adopted," she said.

Though she no longer volunteers with Bethany and is retired from teaching, Williams still has days full of family and children. Each of her four kids all left Columbus at one point after becoming adults, but they've all moved back home -- probably, she said, in response to health issues her husband went through in 2016.

Danny is back in good health now, Janie said. And with all four children -- and some grandchildren --settled in Columbus, for which Williams said she's "blessed."

"I get to be with them and watch my grandchildren and see my children on a regular basis," she said. "That's unusual for this day in time, for four kids to still live in the same town as their parents."