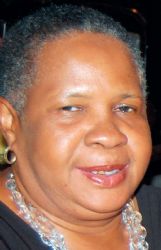 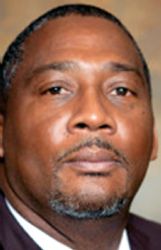 When Ward 1 Councilman Gene Taylor died unexpectedly on Aug. 6, it was a big blow to the senior citizens who meet weekly at Townsend Community Center.

"He was an awesome representative for the people of Ward 1," said Annie Barry, a member of the senior citizens group. "We were devastated at Gene's death and felt like we needed to get something to find out what the candidates will offer us."

At 6 p.m. today at Townsend Community Center, the senior citizen group will hold a candidates forum for the nine candidates who qualified for the Sept. 24 special election to fill Taylor's unfinished term, which expires in 2021.

"We want to make sure the residents are involved, so we'll be asking them to write down their questions for the candidates as they come in," Smith said. "The panel will review the question, then we'll pose questions to the candidates."

Smith said the forum is scheduled to last 90 minutes.

"At the end, we'll allow each of the candidates a chance to make closing comments," Smith said.

Smith said all nine candidates have been invited to the forum via email and regular mail.

Barry said she hopes for a big turnout.

"We know we can't replace Gene, so hopefully we'll get someone who was as good for our ward as he was," Barry said. "This is a chance to hear from those candidates and let them hear from the people."